Move Over Dum Pukht Biryani and Gosht: Hyderabadi 'Dum ki Chai' is What You Need!

A very popular beverage in the city, dum ki chai is tea prepared using the famous dum technique also known as slow cooking. Just like the dum biryani, your tea is brewed on a low flame for a longer period adding an array of intense flavours. 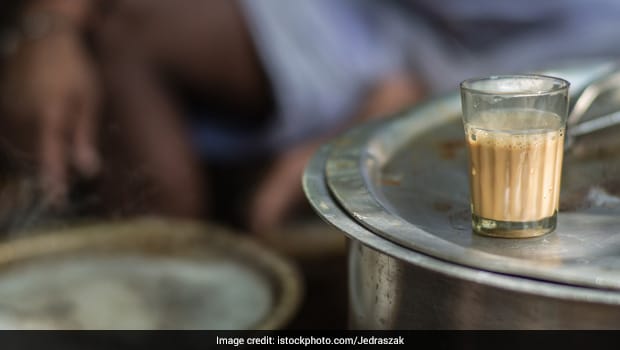 Chai… the quintessential beverage adored by many across the country. In every gali and at every nukkad, you will easily find a tea stall serving a variety of teas - from masala chai to cutting chai and so many more – that can be enjoyed anytime of the day. But have you ever tasted the dum ki chai from Hyderabad? Hyderabad is not only popular for its biryani and kebabs, but also this rich milky concoction that calls for your attention. A very popular beverage in the city, dum ki chai is tea prepared using the famous ‘dum' technique also known as slow cooking. Just like the dum biryani, your tea is brewed on a low flame for a longer period adding an array of intense flavours.

Dum ki chai is based on the same concept as dum biryani or any other dum based delicacy. The tea is brewed on a low flame by covering it with a heavy lid to lock in the aroma and the flavours of the tea leaves and the spices. It is brewed for a longer period of time than regular tea. It is usually prepared by combining a tea decoction with milk and green cardamoms or ginger to make it more flavourful.
What makes dum ki chai different from regular chai?

According to Ashis Nayak, Food Blogger at FoodDrifter, “The chai is made dum-style. The milk in the tea is boiled for about 5-6 hours to get a much thicker consistency; almost like malai and a little pinkish hue that comes to the milk. When you order a dum ki chai, that's when chaiwallahs mix the milk and the brewed tea decoction in proportion and then serve it you.” Basically, the black tea is put under dum, before mixing it with milk and then served. The sweet and thick concoction is generally enjoyed with Osmani biscuits or a sweet bun.

The rich concoction is nothing similar to what conventional tea tastes or looks like. It is much thicker, sweeter and of course, takes more time to prepare, but it is something you just cannot miss. Some people also add khoya to the milk to make it creamier, richer and of course tastier.

If you plan to make dum ki chai at home, you would require heavy cream milk, sugar, tea leaves, water, cardamom and ginger. You would need to boil the milk for at least six hours till it turns thick. Similarly, the tea leaves need to be brewed with sugar, green cardamoms and ginger. Close the pan with a heavy lid to give dum to it for 10 to 15 minutes till it reduces to becoming a decoction. Mix both in equal proportions and serve hot with your favourite accompaniments.

CommentsThe Hyderabadi dum ki chai is surely something you must try if you are a tea lover.