Not Just The Fruit, You Can Use Every Part Of Banana Plant To Make Delish Food

This fruit, rather Banana plant is super versatile where every part of it is edible or can be used to prepare delicious dishes. 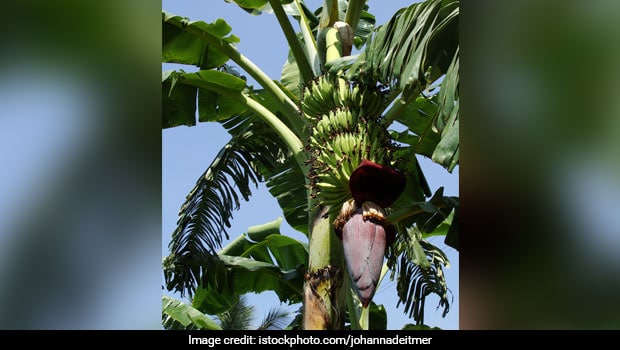 Did you know the whole banana tree is edible?

A powerhouse of nutrients and an instant energy booster, banana is one of the most common fruits available everywhere in the globe and in India year-round. From eating it as is to making sinful desserts - banana has extreme importance in India and its cuisine. This fruit is rich in potassium, vitamins, fibre, calcium and iron, and contains natural antacids, natural slow-release sugars and more. This fruit, rather its plant is super versatile where every part of it is edible or can be used to prepare delicious dishes.

Here's How You Can Use Banana Flower, Stem And Leaves To Make Delish Food

Everyone is aware of the goodness of banana. It is not only tasty, but also has several health benefits. Ripe banana is consumed as a fruit, whereas the green or the raw ones are used as vegetables. Known as kaccha kela, this vegetable contributes significantly to several delicious recipes in the world of culinary. From making koftas out of raw banana to the famous banana chips - kaccha kela has several uses. Like the ripe ones, the green bananas are rich in fibre too that helps in digestion and promote heart health, leading to weight loss. It is also a good source of resistance starch, which may help keep cholesterol in check. Since raw bananas have low sugar content, these are a great option for diabetics. They are also low on glycaemic content and help combat risks of diabetes and keeping blood sugar in control.

Bananas are high in fibre

Also known as kele ka phool, banana flower is used in some Asian cuisines. The flower can be eaten both raw and cooked - in form of salad, soup or sabzi. The flowers are starchy and bitter in the first half, but once soaked in lemon juice, the taste changes. It is rich in vitamin c, beta-carotene, protein, fibre, calcium, phosphorus, iron, copper, potassium, magnesium, and more. Banana flower, or banana blossom, is a traditional remedy for menstrual cramps.

The flower can be eaten both raw and cooked

Rich in fibre, banana stems are edible and tasty. Banana stem combines the goodness of potassium and vitamin B6, helping to combat cholesterol and high blood pressure. It's favoured in Ayurvedic diets for its detoxification properties and is also one of the best known diuretics. It's been known to prevent and treat kidney stones. Banana stem is called Vazha Thandu in Tamil, Baledindina in Kannada, Vazhapindi or Unni Thandu in Malayalam, Arati Doota Telugu and thor in Bengali. From fry to sabzi, banana stem contributes to several dishes in Indian cuisine.

Banana stem combines the goodness of potassium and vitamin B6

One of the oldest forms of plates in India is banana leaf. Some people in eastern and southern part of India sill eat their food on banana leaves. Onam Sadhya the delicacies during Onam is an example for the same, where the food is consumed on a banana leaf. But eating on banana leaves is not just a tradition. It has several health benefits too. Not only they are economical and hygienic, but also banana leaves contain large amounts of polyphenols, which are natural antioxidants. Banana leaves are also used for cooking several dishes, specially grilled and baked fish.

Also Read:This Is Why You Must Eat On A Banana Leaf

That's how versatile a banana plant is! It not only offers versatility but also an opportunity to explore and experiment with your culinary skills.