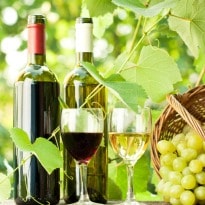 Karnataka, which grows over 330,000 tonnes of grapes and produces around 3.5 million litres of wine annually, is promoting the drink in a unique way. Soon wine will be made available at select fruit and vegetable outlets in Bangalore.

The Board has identified HOPCOMS stalls in upscale Indiranagar and Cox Town mixed locality in east Bangalore, Electronic City which houses a number of IT firms, and Whitefield, where massive commercial and residential complexes continue to sprout. These two areas are also in the east.

Cox Town is just five kilometres from the city centre and Indiranagar is around 10 km away, while both Electronic City and Whitefield are about 20 km away.

The Wine Board wanted wine boutiques to be set up in 15 HOPCOMS stalls but the Society has permitted them in just five. The Wine Board will help in setting up refrigeration and other facilities needed to keep wine in the right condition.

Though wine consumption in India is low as compared to many countries, it is estimated to be growing at a rate of 25 to 30 percent a year, according to Karnataka State Beverages Corporation Ltd (KSBCL). The Corporation procures and sells liquor, beer and wine, both domestic and foreign, to retailers in the state.

To begin with, the HOPCOMS stalls will sell only wines produced in Karnataka.

"Most probably, we will sell wines of Karnataka only. In future, if this project clicks, we will look at other wines also," Murgod said. The state has 17 wineries.

The Wine Board was set up in 2007 as part of the plan to promote wine consumption to help the state's large number of grape growers.

The state government also came out with a Wine Policy in 2007 simplifying excise rules, lowering licence fees for setting up wineries, allowing wineries to sell their produce at the premises as part of 'wine tourism', establishing wine taverns and treating wineries as a horticulture and food processing industry.

The Wine Board, which has been organizing Wine Festivals in Bangalore, plans to also hold these at the district level, Murgod said. The state has 30 districts.

"This year we are planning to hold wine festivals in Belgaum (in the north), Mangalore (on the west coast) and Mysore (in the south)," he said.

The Board also plans an International Wine festival in Bangalore though the dates are yet to be decided.

Promoted
Listen to the latest songs, only on JioSaavn.com
Murgod said other promotional activities include wine tasting and wine selling programmes in most popular clubs of Bangalore.

Karnataka is India's second largest producer of grapes after Maharashtra, with the growing districts being Bangalore urban, Bangalore rural and Kolar in the southern part of the state and Bijapur, Bagalkot, Belgaum, Koppal and Gulbarga in the north.

CommentsThe grapes from the northern districts are of high quality and exported to Europe and West Asia, as also Russia, according to KSBCL.