Philly Cheesecake: Here's How You Can Make This Yummy Dessert At Home 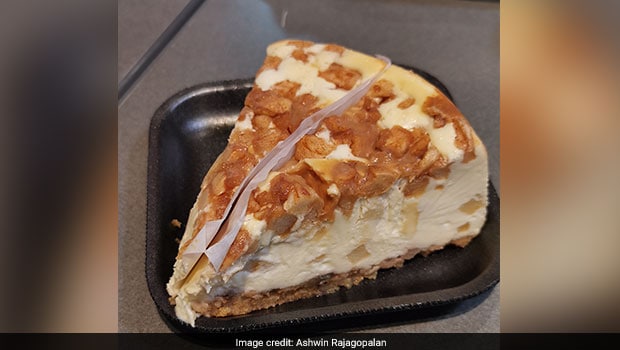 The Philly cheesecake is quite simple to make at home

A cheesecake for breakfast? Why not, considering I'm not averse to wrapping up breakfast with mishti almost every time I'm in Kolkata. Almost from the moment I touched down in Philadelphia, I wanted to sink my teeth into a Philly cheesecake. Just two hours away from New York City and yet quite a world apart; Philadelphia's downtown has its share of skyscrapers and yet it's not quite New York hustle. This is also the city where America began, where the country's founding fathers signed the United States declaration of Independence. Some of the city's cobbled streets in the historic district haven't changed much. I walked through some of these streets before my first tryst with a Philly cheesecake.

Giuseppe and Sons is one of the newest fine Italian restaurants in Philadelphia. The restaurant sources its desserts from Termini Brothers, an iconic Italian bakery with a hundred year legacy. The cheesecake is one of the winners here. So what exactly is a Philadelphia or Philly cheesecake? This was a question that foxed most of the gourmands and local guides I met in Philadelphia who seemed equally surprised and pleased about their city's association with one of the most popular desserts anywhere in the world. From Thailand to Italy, I've seen Philly cheesecakes on menus across the world. Quite a few home bakers in India use the Philly prefix for their cheesecake.

Long before the Philly cream cheese version, cheesecake is believed to have been a Greek phenomenon as early as 5th Century BC - there's even documented evidence. Almost every country in Europe has a version of traditional cheesecake; from the ricotta cheese-based cheesecake in Italy to the light French version with Neuchatel cheese and gelatin. The American cheesecake, as we know it, probably took shape in the 19th century with quite a few published recipes that use either cream cheese or the heavy cream. It was Philadelphia's association with cream cheese through the late 19th Century that linked the city with this type of cheese and the cheesecake. Many of us who've attempted making a cheesecake at home might have used the popular Kraft Philadelphia cheese. There were many manufacturers of cream cheese in Philadelphia, one of whom had the trademark for 'Philadelphia' cream cheese that became part of the Kraft portfolio in the 1920s.

The Philly cheesecake is quite simple to make at home

Some of these creameries and cheese making traditions still flourish in and around Philadelphia. One of my stops was at the Reading Terminal Market, among America's oldest covered food markets (dating back to the 1890s) where artisanal brands occupy pride of place. You won't find any fast food chains here. It was here that I started my day with cheesecake at Beiler's that makes some of the best cheesecakes I've ever sampled. Actually I tried more than one including a sinful caramel cheesecake. Although Philadelphia cream cheese developed a strong association with cheesecake, many Americans will tell you that the dessert gained popularity in New York City and then there's also the baked Chicago variety - firm on the outside with a creamy texture inside.

The Philly cheesecake is quite simple to make at home. While the classic version uses a crust of Graham crackers, you can substitute with cookies as well. Most chefs and home bakers recommend a cream cheese - the Philadelphia cream cheese is available in many supermarkets in India or online. I've tried excellent versions in many dessert shops and hotels across South Asia including this version at the Movenpick Hotel in Colombo that you can try making at home:

- Combine the cream cheese, icing sugar, vanilla and salt in a large bowl.
- In a mixer or blender, mix all ingredients at medium speed until soft and smooth.
- Once the mixture is smooth, add the cream while whisking the mixture at low speed.
- Gradually increase the speed and whip until the mixture can hold stiff peaks or for about 3-5 minutes.
- Pour the filling into the springform pan, over the crust.
- Refrigerate until the filling is firm. Approximately 6 hours or overnight.

So the next time you feel like having Philly cheesecake at home, try this recipe and tantalise your taste buds.