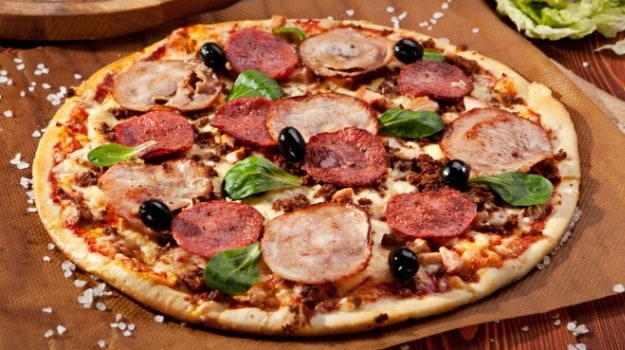 Pizza Hut, one of the world's largest pizza purveyors, is adding gluten-free pizza to its lineup this month.

Customers will be able to order 10-inch cheese-only and pepperoni pizzas made with dough supplied by Udi's, a gluten-free baking company owned by Boulder Brands.

Customers who merely want to limit gluten, a protein composite found in wheat and some other grains, in their diet can create their own pizzas from a broader range of toppings baked on Udi's dough.

Restaurant chains are scrambling to introduce gluten-free menu items to meet rising demand. Some 2 million people in America have celiac disease, a digestive disorder that makes it impossible to tolerate gluten, according to the National Institutes of Health. Many more have what is known as non-celiac gluten sensitivity - and still others follow a gluten-free diet because it tends to help control weight gain.

But it is almost impossible to make a kitchen that prepares a variety of meals gluten-free. Traces of gluten can be found on utensils, prep tables and in other places, raising the risk of cross-contamination.

Domino's, a Pizza Hut competitor, has offered a gluten-free crust for a couple of years. But the company is careful to note that it cannot guarantee the absence of gluten because the gluten-free crust is prepared in the same kitchens as crusts containing flour. "Even as clean as we keep them, there may be trace glutens present," the company says on its website.

The Udi's dough, as well as the cheese, marinara sauce and pepperoni used on the pizzas, will be kept away from other foods inside the restaurant, and employees preparing it must wear gloves. The gluten-free pizzas will be baked on parchment paper, which will keep them from coming into contact with a surface that has been used to prepare pizzas made with flour, and cut with a designated pizza cutter.

Pizza Hut is nonetheless proceeding with caution. "Because Pizza Hut kitchens are not gluten-free environments, customers should consult their medical adviser as to what is safe for them," the company said in its news release.