Why Gluten-Free Diet Is Bad For Your Health!

Gluten-free diet has been gaining traction internationally. Gluten-free foods, that are priced 40% more than wholegrain foods, are flooding the market. But their is a flipside to it. 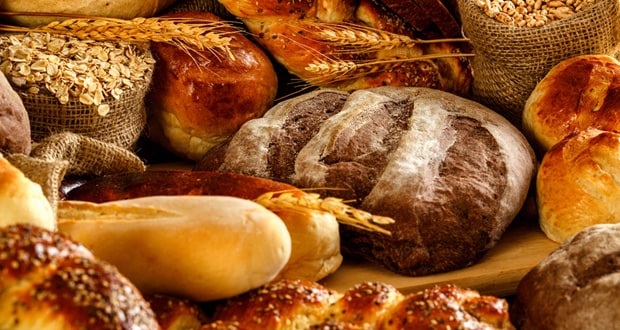 Highlights
Gluten-free diet has been around for a while. It has been endorsed and followed by celebrities around the world, including our own beloved movie stars. A number of Bollywood actors have chosen to follow the diet and even restaurants, cafes, bakeries and hotels have started adding gluten-free food items on their menus. It's past the fad phase and turned into a serious diet trend that has been known to aid weight loss quickly. But are there any downsides to it? There most definitely are!

There have been multiple studies on the harmful effects of going gluten-free. There is more than one reason to take everything you've been told by celebs about gluten-free foods, with a pinch of salt. Some diet and nutrition experts, like celebrity nutritionist Rujuta Diwekar, have denounced the diet as 'complete hogwash'. But what exactly is gluten and why are health freaks so scared of it?

Gluten is basically a protein found in grains like wheat, oats, rye and barley and is said to cause various body ailments including joint pains, migraines and depression. However, there's only limited scientific evidence linking these problems to gluten. In people sensitive to the protein, gluten-rich foods can cause body inflammation that manifests in symptoms like abdominal pain, dandruff, bloating and acne. However, gluten sensitivity affects a small part of the population in the world.

In severe cases, it can result in celiac disease, which may affect the small intestine. However, the disease is hereditary. Even immediate family members of a celiac patient have a one in 10 chance of being affected by the disease. For patients of this disease, a diet wholly made of gluten-free grains is prescribed by experienced and well known nutrition experts and doctors.

The Harmful Effects Of A Gluten-Free Diet

There is a lot of evidence that speaks against going gluten-free. A study published in the journal Epidemiology last year, linked gluten-free foods to higher levels of toxic elements like arsenic and mercury in the body. People who followed gluten-free diets were found to have twice the normal amount of arsenic in their urine and 70 per cent more mercury in their blood than what is normal. Although, these amounts are not enough to actually poison you, but experts are worried about the negative effects on health of the people who've been consuming gluten-free foods for a long time.

The culprit here was found to be rice flour. The rice grain absorbs small amounts of these toxic metals from fertilizer, soil, and water, which is then transferred to the flour. The flour is the main ingredient in a lot of the gluten-free food products that have started dominating aisles at supermarkets across the world.

Some studies have also linked gluten-free diets to increased risk of type 2 diabetes and heart diseases, as whole grains have been known to prevent these. Therefore, carbohydrate food sources aren't bad for your health, but are in fact needed by the body to control blood sugar levels and provide energy for it to perform optimally.

The moment you cut out carbohydrates from your diet, you feel lighter and are happy to see the scales tip favourably. However, what you perhaps don't realize is that it's the water weight that you've lost, not the actual fat mass. Carbs are capable of binding and retaining water, and gluten-free diet allows you to lose all that water weight.

In reality, all gluten-free foods available in the market are prepared from processed food grains which cause more harm than benefit. Moreover, they're priced at 40 per cent more than their gluten-rich counterparts! In cases of celiac disease, you must obviously not have wheat flour, but otherwise, there is absolutely no reason to cut gluten out from your diet.