Priyanka Chopra and Nick Jonas are currently vacationing in Tuscany, and needless to say- the internet cannot stop gushing over 'aww-dorable' pictures and videos of the duo that are coming out. 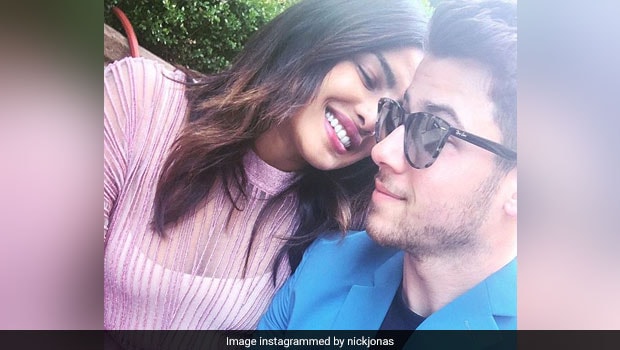 Unless you have been living under a rock, you would know that Priyanka Chopra and American singer/actor Nick Jonas have been giving Internet major relationship goals ever since the power couple started dating in the year 2018. Their grand wedding that took place in Jodhpur, December last year became a global sensation of sorts. Since then they have been seen in numerous award shows, red carpet events, music videos, interviews and documentaries together, and the much-in-love couple never ceases to amaze the web. Nick Jonas and Priyanka Chopra who were recently seen at the Parisian wedding of singer Joe Jonas and actress Sophie turner, are currently vacationing in Tuscany. Needless to say, the internet cannot stop gushing over 'aww-dorable' pictures and videos of the duo that are coming out.

On Friday evening, Nick Jonas took to Instagram to give us a glimpse in to the couple's 'date night extravaganza'. They can be seen trying their hands at making authentic Italian pasta, in Italy. In the first video, Priyanka is attempting to make some scrumptious tomato pasta sauce, while in the second video one can see Nick arranging pasta noodles like a pro! Is there anything this power couple cannot pull-off? We doubt.

(Also Read: Priyanka Chopra And Sophie Turner Are BFF Goals As They Bond Over Pizza In Switzerland: See Pic)

Interestingly, in one of her interviews with Indian film critic Anupama Chopra, Priyanka confessed that she is a foodie, but she does not know how to cook. She has hardly ever tried her hands at cooking and can only make herself a cup of tea.

(Also Read: This Dessert At Priyanka Chopra's Bridal Shower Was A Tribute To Nick And Priyanka's Love Story!)

On work front, Priyanka Chopra is awaiting the release of her latest Indian venture 'The Sky Is Pink' co-starring Farhan Akhtar and Zaira Wasim. Nick Jonas recently released his latest album 'Happiness Begins' with his brother Joe Jonas and Kevin Jonas. He would also be seen essaying an important part in 'Jumanji' which is slated for a worldwide release in December this year.