Rampur Food Festival: A Culinary Fair That Will Take You Back To The Era Of Nawabs

Rampur food festival is all about sumptuous cuisine, royal ambiance and a majestic experience. 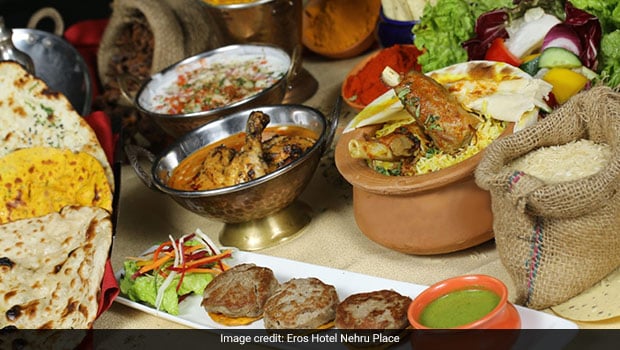 With its opulent mix of traditions, beautiful festivals, stunning architecture and picturesque landscapes, India is no less than a giant fair that has something for everyone, including a gastronomical treat that one can find even in the smallest corner of the country. It has some of the most distinct culinary inventions that roots back to traditional cooking techniques and ancestral recipes. While the global cuisines might have started to dominate a major part of Indian food space, our taste buds cannot simply get over the traditional delights we have.

There are many interesting food festivals thronging the city that never cease to take us back to our roots by serving some of the best regional Indian foods. That is exactly what the ongoing Rampur food festival at Blooms, Eros Hotel Nehru Place is doing. Curated by Executive Chef Sudarshan Bhandari of Eros Hotel Nehru Place along with the finesse of Masterchef Suroor Khan, the hotel is bringing back the culinary legacy of a bygone era of Rampuri cuisine.

A blending clout of Mughlai, Awadhi, Afghani, Rajput and other cultures, Rampuri cuisine is essentially a 'courtly cuisine' that evolved along with its sultans and their taste buds. It hails from the town of Rampur, from the state of Uttar Pradesh, which is renowned for its Nawabi cuisine. It includes delectable preparations that were earlier cooked for the royalty. The city of Rampur has a history of prominence, for most of the royal khansamas from the Mughal and other royal courts migrated to this kingdom post 1858. This explains the influence of so many cuisines like the Mughlai, Afghani, Lucknowi, Kashmiri and Awadhi cuisine in the Rampuri cuisine.

The Rampuri festival that is on till 18th November, 2019, and will be available for lunch and dinner boasts of some eclectic range of dishes such as saans-e-dum, pulao, tar qorma, gulatthi, kacche gosht ki tikki, nalli shorba and stew along with the Mughlai staple Khameeri roti. And, if that's not enough, think of sheer khurma which will definitely blow your mind.

We sampled the best of starters such as sabz shami kebab, machchi anjeer tikka and kachche gosht ki tikia that had succulent mutton tikkis served with a tangy green chutney. While we were still processing the flavourful starters, we had the rich gravies for main course right in front of os, ready to be devoured. Murg kundan kaliyan made us drool with its mouth-watering flavours and tar qorma got us asking for more! Can we forget the delicious mirchi ka halwa that was a balance of all things delicious? And the gosht ka halwa that got us intrigued? The festival is all about sumptuous food with a royal ambience that one shouldn't be missing this weekend.