Sonam Kapoor Ahuja often gives us a sneak-peak into her exquisite meals from home and abroad and leaves us drooling. 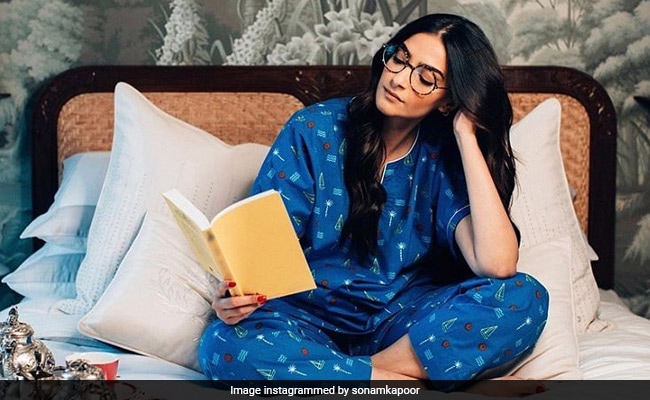 Sonam Kapoor is a self-confessed foodie

It has been a few years since Sonam Kapoor left meat, as per interviews, it was a personal choice. Sonam Kapoor has been recognized by PETA many a times for her thoughtfulness towards animals. Sonam has also been very vocal for her love for vegan food, she cooks and bakes a fair amount and her Instagram is a delight if you happen to be a foodie. She often gives us a sneak-peak into her exquisite meals from home and abroad and leaves us drooling. On Thursday evening, she shared a picture of what looked like a dark chocolate ice cream bowl, and it looked so tempting we just couldn't look away. The ice cream was laced with nuts and a generous amount of white chocolate shavings. It came in a cute coconut bowl that are much in vogue nowadays. Given how much Sonam loves her clean desserts, we are assuming that this dessert was no different. Ace pastry chef Pooja Dhingra revealed in one of her NDTV Food Instagram Takeover that Sonam Kapoor loves "anything with hazelnuts and dark chocolates", and that she tried to make her anything that "is without refined sugar and gluten-free".

Sonam Kapoor was last seen in 'The Zoya Factor' that was adapted by the book of same name. For the movie, Sonam paired up with South Indian sensation Dulquer Salman who played the role of Indian cricket team captain, while Sonam played the role of  team's lucky charm.