Sonam Kapoor Has Mumbai's Favourite Bhelpuri, But The Presentation Has A Twist 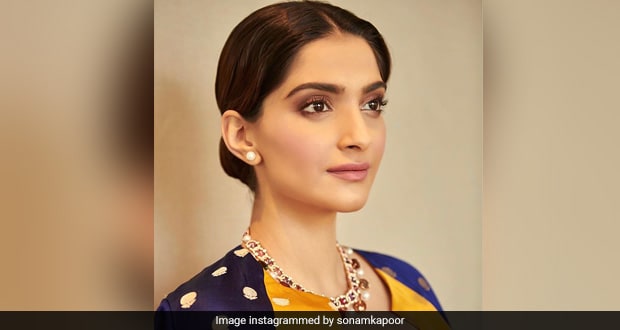 Sonam Kapoor's bhelpuri was good looking from the presentation point of view too.

Wherever she goes, Sonam Kapoor gives us some serious fashion and style goals, and of late, some food goals too! The actress is currently in Doha, Qatar, as the ambassador of the Doha Jewellery & Watches Exhibition 2020. She took some time out from her schedule to sample some interesting food delicacies - with an interesting twist of molecular gastronomy. She was seen having the delicious Mumbai street food snack bhelpuri at a restaurant in Doha, but the dish was presented in a form that one couldn't have imagined. Take a look at her Instagram story:

The dish off bhel puri was presented in a form that one couldn't have imagined.

The delicious bhelpuri comprised just what it took to make a good snack, with sev puri, muri, papdi and chutneys all rolled into one sumptuous whole. All the ingredients of the bhelpuri were in place, but the way it was presented was quite interesting. The entire dish was stacked like a tower or a rocket. Moreover, dry ice was poured into the platter below the plate giving the whole presentation a unique look. The entire table was filled with smoke from the dry ice as if a rocket was about to launch into outer space.

Sonam Kapoor was lunching with her girl gang at the Doha restaurant. She later shared a picture of her company happily sitting around her and enjoying their meal. "Such a nice day!" wrote Sonam Kapoor in the Instagram story. Check it out:

Sonam was seen having a great time with her girl gang.

On the work front, Sonam Kapoor was last seen in the 'Zoya Factor' in 2019, which was a film based on the book by the same name written by Anuja Chauhan. Her next project is yet to be announced, but she continues to give us fashion inspiration as always. Here's hoping she shares more glimpses of her foodie side too!