Sonam Kapoor too joined the 'cheat day' bandwagon with her recent Instagram story, in which she shared her want for many delicious Indian desserts. 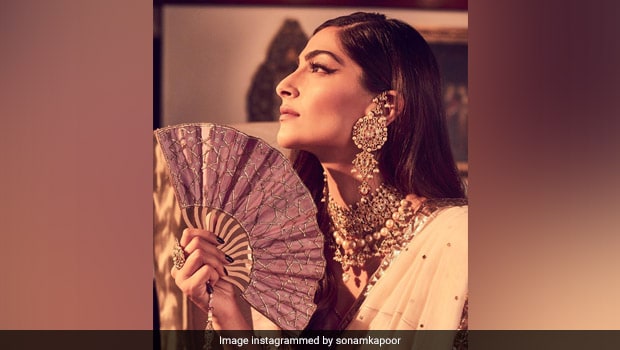 Sonam Kapoor is a self-admitted lover of all things sweet and desi.

During the week, we all eat home-cooked food that is healthy and delicious. We maintain our diets and fitness regimes through five days of the week. But when it comes to the weekend, we let our hair down and indulge in what we really like to eat. The urge to indulge sinfully and just binge in what we love is too prominent to ignore, and it definitely gets the better of us on the two days of the weekend at least. Celebrities such as Shilpa Shetty, and recently even Sonali Bendre, shared glimpses of their cheat days and the delicacies they devoured. Sonam Kapoor too joined the 'cheat day' bandwagon with her recent Instagram story.

She shared a post by an Instagram food blogger, Saurabh Nirmal, who goes by the Instagram handle 'thatdelhifoodie'. He had captured four amazing desserts in a single frame, featuring the perennial favourites Gulab Jamun and Rasgulla, as well as the sumptuous Rajbhog and Rasmalai. The four sweets featured in a dessert platter which the blogger had, and the picture rung home with Sonam Kapoor. She shared it on her Instagram story with the caption, "Want this so bad." The actress was self-admittedly craving the delicious Indian sweets by looking at a blogger's post - something which every user on Instagram would relate to. Take a look:

Sonam Kapoor was last seen on the film front in the film adaptation of Anuja Chauhan's novel, 'The Zoya Factor' alongside actor Dulquer Salmaan. She is also celebrating two years of R. Balki's National Award winning film 'Padman', in which she played a role with actors Akshay Kumar and Radhika Apte. Sonam's next project is yet awaited to be announced, but the actress is active on the fashion front like always. Here's hoping to see more glimpses of her foodie side too!