Sonam Kapoor, after receiving an overwhelming response to her first video, came out with the second video, sharing her favourite breakfast meal on PCOS diet. 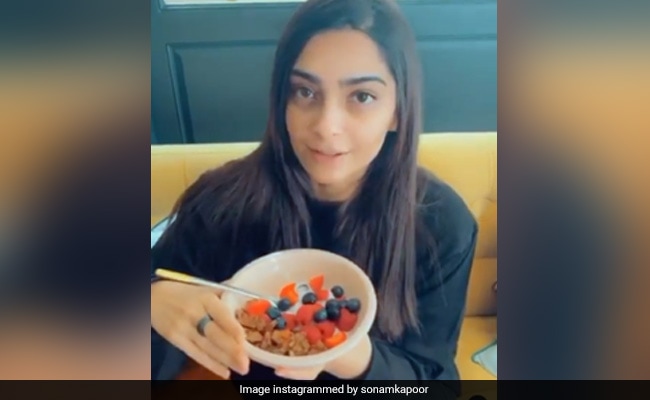 Sonam Kapoor shared how she deals with PCOS.

Statistics suggest that every one in five women in India suffer from Polycystic Ovary Syndrome (PCOS) that has great implications on their health. Symptoms range from excessive weight to hair growth on face and body, irregular menstruation and more. The correct way to manage the problem is by making certain lifestyle and diet changes. Bollywood actor Sonam Kapoor, who herself has been dealing with PCOS since the age of 14, has lately been vocal about the disorder and how she has been dealing with it.

In her earlier video that she posted on Instagram, Sonam Kapoor revealed how giving up sugar entirely changed her life and helped her suppress the symptoms of PCOS. She even urged her followers to take up physical exercise including regular walks as another effective means of combating PCOS.

After receiving an overwhelming response to her first video, Sonam Kapoor came out with the second video "Chapter 2 of this series: My PCOS Diet". In this video, titled 'Storytime with Sonam', she went ahead and shared her favourite breakfast meal - a healthy bowl of berries mixed with coconut yogurt and paleo granola, without grains. She also divulged that she is off-dairy, off-sugar and tries to consume low glycemic index foods.

"A handful of berries with coconut yogurt is my go-to option for breakfast. This coupled with a cup of either spearmint or green tea and a bowl of greens keeps me energised on long days!" - Sonam Kapoor wrote on her post.

Sonam Kapoor also posited a great diet tip that can benefit every woman suffering from PCOS. She wrote, "Usually my food intake consists of everything natural, fresh and local. Wherever I am, I make sure I indulge in the produce that is locally and freshly available."

We applaud Sonam Kapoor's effort of sharing her wisdom earned through years of living with PCOD and not letting it affect her health negatively. She provided a word of caution though, "Your PCOS diet needs to be crafted by a professional dietician who knows about your struggles and pains."