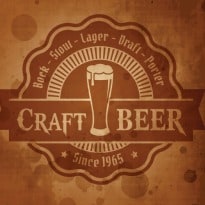 The South African government has drafted a bill to ban the alcohol advertising for the national health, an official has revealed.

Alcohol is viewed as the third biggest killer for the death in South Africa, being responsible for more than 100 deaths every day.

The cabinet's purpose of the draft bill is to reduce or even avoid the public exposure to the promoting advertisement of the harmful alcohol, reported Xinhua citing South Africa's Minister of Social Development Bathabile Dlamini Friday.

"The harmful use of alcohol has significant negative impacts on individuals, families, communities, the economy and the country as a whole," she said.

The South African health department said that it was estimated that the intangible costs to the country made by the alcohol- related harm could reach more than 240 billion rands (about $24 billion).

Promoted
Listen to the latest songs, only on JioSaavn.com
However, the draft bill has been opposed by some economic sectors.

The Chamber of Commerce and Industry said that the alcohol advertisement banning draft bill would have a negative impact on the related industry and economy.