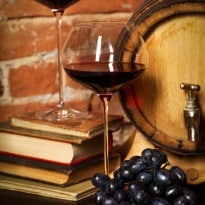 Spain garnered four Gourmand awards - considered one of the most prestigious in the sector - for the year's best books about wines and beverages.

The awards ceremony for the 18th edition of the competition took place in the Carrousel at the Louvre in Paris.

CommentsThe best book on wines for 2012, however, went to Belgium's "Le Domaine de la Romanee Conti", and that country also won the award for the best book about coffee, "Latte Art".