Sugary Drinks May Age You Faster 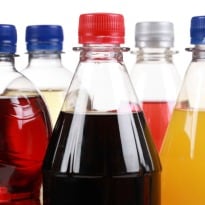 Sugary drinks have always drawn flak from health experts: they spoil teeth, hinder weight-loss and put you at a risk of diabetes. However, this is the first time they have been linked to ageing. According to a study published in the American Journal of Public Health, drinking sugary drinks may be linked to accelerated ageing.

According to a study published in the American Journal of Public Health, regular consumption of sugary soft drinks may accelerate ageing. The study states that drinking half a litre of sugared soda every day can cause 4.6 years of additional ageing and also these effects are comparable to that of smoking.

Elissa Epel, senior study author and professor of psychiatry at University of California in San Francisco (UCSF) points out, "Regular consumption of sugar-sweetened sodas might influence disease development, not only by straining the body's metabolic control of sugars, but also through accelerated cellular aging of tissues."

Researchers questioned over 5000 adults aged between 20 and 65, with no history of diabetes or cardiovascular disease, about their consumption of sugary drinks and examined the DNA from each participant.

Promoted
Listen to the latest songs, only on JioSaavn.com
The results revealed that telomeres - the protective units of DNA that cap the ends of chromosomes in cells - were shorter in people who reported drinking more soda. Telomeres get shorter each time cells divide and are a good indicator of a person's lifespan. They've also been associated with the development of chronic age-related diseases including heart disease, diabetes and some types of cancer.

According to Cindy Leung, postdoctoral fellow at UCSF and leading author of the study, "This is the first demonstration where soda has been associated with telomere shortness. This effect on telomere length is comparable to the effect of smoking, or to the effect of regular exercise in the opposite, anti-aging direction."