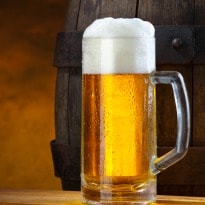 A new technology can tell you about the precise location where your favourite brand of beer has originated.

Researchers at the University of Seville (Spain) have developed a technique based on chemical and molecular signature that identifies the country of origin of beer.

German, Spanish and Portuguese beers have been detected with 99 percent accuracy, thanks to the technology, the journal Food Control reported.

"Beers can be differentiated from one another according to their country of origin by using parameters linked to raw materials, such as water (metals and anions) and the type of hop (polyphenol content)," said Jose Marcos Jurado, chemist at Seville, who led the study.

Promoted
Listen to the latest songs, only on JioSaavn.com
Using a statistical test, the first step selects the variables that differentiate beers the most. These include the amount of aluminium, iron or strontium, a university statement said.

A mathematic analysis is then applied to do away with the parameters that fail to describe the origin of beers very well. The result is a model based on the content of iron, potassium, phosphorous, phosphates and polyphenols.

Comments"The differences can seem very subtle but the model is capable of detecting the relationship between these chemical descriptors and the country of origin of beers," Jurado said.