The Ageless Anil Kapoor: Here's What's On His Plate!

'Jhakkas' Bollywood star Anil Kapoor is quite a foodie too and loves new culinary experiences. 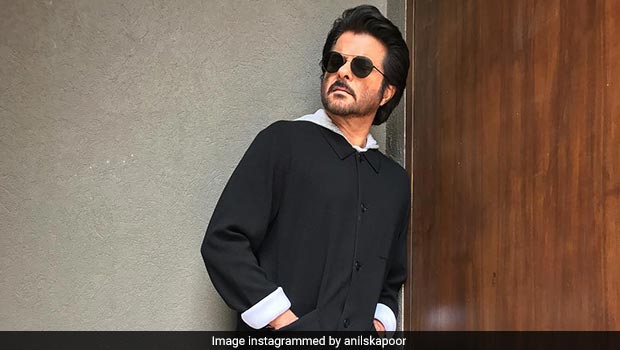 Highlights
For quite some time now, Bollywood actor Anil Kapoor has got the tag of 'ageless' in the industry, due to looks that just refuse to fade and a body that is as fit as it can be at 61. Yes, Mr. Kapoor is 61! We know it's hard to believe but that's what it is, thanks to his sparkling smile, his amazing dressing sense and his viral energy that is capable of giving the youngest stars of the industry, a run for their money. Mr. Kapoor is an inspiration in the truest sense of the word, as he is always raising the bar for all the veteran stars in Bollywood.

Between shooting and promoting his films and keeping up with his brand endorsements and other commercial commitments, Anil Kapoor manages to give off the aura of a 30-year-old, bubbling with energy. Given how packed his schedule is and how enthusiastic he is at promotional and other media events, it doesn't look like he needs to work out to burn energy. However, he somehow manages, and surprises us all by posting videos like this one of him cycling the around town like he's a teenager!

Mr. Kapoor is quite a foodie too and loves new culinary experiences, like the one he had last year in Thailand where Chef Gaggan Anad cooked up a storm for him. Check it out!

Anil was travelling around Germany sometime last year and was faced with a foodie dilemma of the most difficult kind. Fortunately, he managed to sneak some of these sweets away from his trainer's watchful eyes.

Mr. Kapoor also managed to squeeze in some crazy lunching and brunching with his movie Mubarakan's cast in Dubai, during the movie promotions.

Popcorn is essential and customary at the movies- especially when it's the screening of your own film.

Don't fret yet, guys. He eats healthy too. Sometimes.

It's quite evident that Kapoor takes care of his health, fitness and the way he looks. In an interview, Mr. Kapoor revealed that he doesn't drink alcohol and also jokingly called himself the fitness 'torch bearer of the khandan'. But indeed! Stay forever young Mr. Kapoor and keep giving us more foodie moments like these!