The Longer Babies Breastfeed, the More They Achieve in Life - Major Study 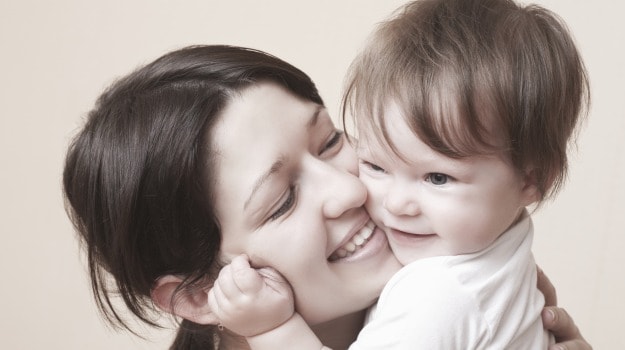 Brazilian study of 6,000 babies from all backgrounds since 1982 finds those who breastfed were more intelligent, spent longer in education and earned more.

Breastfed babies are more likely to turn into well-educated and higher-earning adults, according to a major long-term study.

Researchers in Brazil have followed nearly 6,000 babies from birth for the past three decades, enabling them for the first time to get an idea of the long-term effects of breastfeeding. Nearly 3,500 of them, now 30-year-old adults, accepted an invitation to be interviewed and sit IQ tests for the purpose of the study. Those who had been breastfed proved to be more intelligent, had spent longer at school and earned more than those who had not been. And the longer they were breastfed as a baby, the better they tended to be doing.

It is already known that breastfeeding can increase a child’s IQ by a small amount. The question that Dr Bernardo Lessa Horta from the Federal University of Pelotas in Brazil wanted to answer was whether this translated into greater intelligence and better prospects as an adult.

“Our study provides the first evidence that prolonged breastfeeding not only increases intelligence until at least the age of 30 years but also has an impact both at an individual and societal level by improving educational attainment and earning ability,” he said.

It is not just the age of the participants that makes this study unusual. Horta says it is free of the major complication of most breastfeeding studies because, when it began in 1982, it was not just the more affluent and educated mothers who breastfed in Brazil. Breastfeeding was not limited to one socio-economic group. It was, he says, evenly distributed across the social classes. So the higher achievers at the age of 30 did not come from better-off homes.

Nonetheless, in analysing their results, now published in the Lancet Global Health journal , they took account of family income at birth, parental schooling, genomic ancestry, maternal smoking during pregnancy, maternal age, birthweight and type of delivery to try to avoid any of those factors skewing the results.

They found that all the breastfed babies had greater intelligence, as measured by a standard IQ test, had spent more years in education and had higher earnings. But the longer they had been breastfed, the greater the benefits. Children who had been breastfed for 12 months had an IQ that was four points higher than those breastfed for less than a month, had nearly a year’s more schooling and earned around £70 a month more – about a third more than the average income level.

Horta acknowledged he could not completely rule out the possibility mothers who breastfed helped their babies’ development in other ways. “Some people say it is not the effect of breastfeeding but it is the mothers who breastfeed who are different in their motivation or their ability to stimulate the kids,” he told the Guardian.

But, he said, there is evidence from other studies of the nutritional value of mother’s milk, rich in long-chain polyunsaturated acids that are essential for brain growth. Some studies have suggested babies with a particular genotype are more likely to get the IQ benefit from breastfeeding than others. Horta and colleagues are now looking to see whether that applies in their cohort.

Exclusive breastfeeding for the first six months is recommended by the World Health Organisation. Horta said babies who had been breastfed for six months got most of the benefits enjoyed by those who were fed for longer. “Mothers should breastfeed for as long as possible,” he said, but he recognised that extended breastfeeding is not always easy for women. Less than a quarter of new mothers in the UK are still exclusively breastfeeding by the time the baby is six weeks old.

Dr Colin Michie, chair of the Royal College of Paediatrics and Child Health’s nutrition committee, said: “It’s widely known that breastfed babies are better protected against chest and ear infections, are at less risk of sudden infant death and are less likely to become obese, but it’s interesting to see the benefits of breastfeeding for a prolonged period of time not only benefit the baby in the early years, but also translate into increased intelligence and improved earning ability later in life.

“It is important to note that breastfeeding is one of many factors that can contribute to a child’s outcomes, however, this study emphasises the need for continued and enhanced breastfeeding promotion so expectant mothers are aware of the benefits of breastfeeding. Furthermore, once mothers have given birth, we must ensure they are properly supported to continue breastfeeding for as long as they are able to.”