The Most and Least Addictive Foods 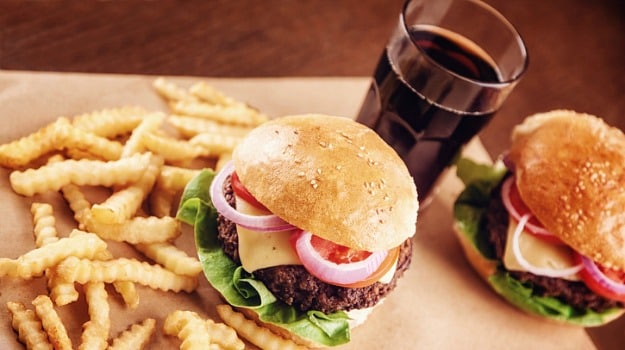 Food addiction might not be as real as drug or alcohol addiction, but research suggests you could be addicted to eating itself. Addicted enough to not being able to control the now-or-never food cravings, putting on considerable amount of weight and driving yourself to being obese.

(Food addiction, does it really exist?)

Few years ago, a group of American psychiatrists studying obesity decided to explore food addiction and find out if it actually exists. They exposed rats to extremely palatable, fatty food and healthy food for a certain period of time. After putting a stop to unhealthy food, researchers found signs of "tolerance, withdrawal, craving and measurable changes in neural chemicals."

While this was one of the first few studies that explored the validity of food addiction, there have been many studies that have followed. Quite a few of them have been done on humans as well. In 2013, a group of researchers from the University of Missouri conducted a study on around 400 adults and found that obesity as a result of over eating is a type of condition that needs medical attention. The study was published in the journal PLOS One (Public Library of Sciences).

According to another 2014 study conducted by researchers at the University of Edinburgh, "the real problem underlying our unhealthy food consumption is the psychological compulsion to eat because of the pleasure and satisfaction we get from food." The study also went on to explain that food addiction might not be substance related but instead a psychological disorder.

(Eating, not sugar is addictive)

But this new study explore something different as it attempts to uncover which 'foods or food attributes may be capable of triggering an addictive response'. The study goes on to explain - "the term "food" is also broad and refers not only to foods in their natural state (e.g. vegetables), but also those with added amounts of fat and/or refined carbohydrates (e.g. cake) or artificial sweeteners (e.g. diet soda)."

The study was conducted by two researchers from the University of Michigan and one from the Department of Medicine, New York Obesity Research Centre. Researchers recruited 500 participants and asked them to identify foods that gave them most problems as described by the Yale Food Addiction Scale. The Yale Food Addiction Scale (YFAS) is a 25 point questionnaire that was created by Ashley Gearhardt, a Yale researcher to identify symptoms that help figure out who is more likely to be dependent on certain kinds of food.

The study listed these are the'most addictive foods'.

If you go over the list of most addictive foods, you'll realise that all of them are processed. They're not just unhealthy and high on calories but also high in fat and glycemic load (GL) which is essentially a measurement of how food can raise a person's blood sugar after they eat it.

'The current study found that highly processed foods, with added amounts of fat and/or refined carbohydrates (e.g., sugar, white flour), were most likely to be associated with behavioral indicators of addictive-like eating.'