Eating, Not Sugar, is Addictive 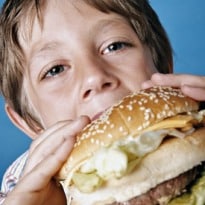 A new study finds that we are not addicted to sugar or to chocolate in the way we can be addicted to drugs, but we can get hooked on eating itself

Their new EU-funded study says the real problem underlying our unhealthy food consumption is the psychological compulsion to eat because of the pleasure and satisfaction we get from food. They say over-eating is a behavioural disorder and akin to the drive that sends gamblers back to the machines and the card tables again and again.

Instead of worrying about specific ingredients, we should be looking at the reasons why people overeat and trying to help them eat less, they say. According to Dr John Menzies, Research Fellow in the University of Edinburgh's Centre for Integrative Physiology:

People try to find rational explanations for being over-weight and it is easy to blame food.

Certain individuals do have an addictive-like relationship with particular foods and they can over-eat despite knowing the risks to their health. More avenues for treatment may open up if we think about this condition as a behavioural addiction rather than a substance-based addiction.

The Universities of Edinburgh, Aberdeen, Gothenburg, Essen, Utrecht and Santiago de Compostela are collaborators in the research as members of the NeuroFAST consortium, an EU-funded project studying the neurobiology of eating behaviour, addiction and stress. Professor Suzanne Dickson, of the University of Gothenburg and co-ordinator of NeuroFAST, said:

There has been a major debate over whether sugar is addictive. There is currently very little evidence to support the idea that any ingredient, food item, additive or combination of ingredients has addictive properties.

Their paper, published in the journal Neuroscience & Biobehavioral Reviews, says obesity prevention strategies should focus on "eating addiction" - and they suggest it should be considered as a psychological disorder for inclusion in the next edition of the US psychiatric bible, the Diagnostic and Statistical Manual of mental disorders (DSM-5) as a "non-substance related disorder".

That will ring alarm bells with those who think a DSM classification is an opportunity for pharmaceutical companies to sell more drugs, at least in the USA. But unfortunately there are few effective and safe diet drugs anyway. It would be useful, however, if a new "eating addiction" classification meant that people who are obese and struggling to cut down on food got some much-needed psychological support.