The Sauces That Fell from Favour 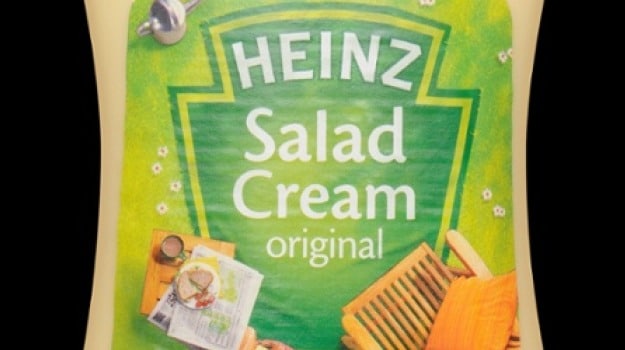 News that sales of brown sauce have fallen provoked a huge reaction from Guardian readers, but it's not the only once-loved condiment to now be banished to the back of the cupboard

Don't slag off our sauces. That was the clear message from Guardian readers last week after my esteemed colleague Tony Naylor suggested that reports of a brown sauce sales fall might, in fact, be a good thing. The resultant "HP hoo-ha" made it clear that, while dousing our dinners in brown sauce is like sledgehammering them into flavour submission, we love the brown stuff all the same. Yet, fans can't argue with the facts: sales of brown sauce have fallen 19%. Condiments are victims to changing fashions as much as any other food stuff.

Remember when we thought tartare sauce was the height of sophistication? Makers of voguish barbecue and piri-piri would do well to remember that all fashionable sauces have a shelf-life ...

No lettuce wedge or chunk of cucumber was ready for consumption in the 1970s and 80s until it had been drowned in salad cream. A mayonnaise for the sweeth-toothed, salad cream is a glossy emulsion of egg yolks, spices, sugar and mustard. The primrose yellow sauce was first made in the UK by Heinz in the 1910s and grew in popularity during the mid-20th century.

Salad cream is currently languishing in fashionable-condiment Siberia, which surely means it is due an ironic revival? Until an enterprising hipster starts serving salad cream-smothered lettuce wedges from a street food van, your best bet is to make your own. Simon Hopkinson has a good recipe in The Prawn Cocktail Years, which gives the sauce proper punch and tartness thanks to tarragon vinegar, mustard and cayenne. Making your own also avoids bought salad cream's biggest problem - those grizzly bits of congealed sauce around the mouth of the bottle. Shudder.

Ketchup wasn't always pillar-box red. European ketchup is an evolution of the sauces Dutch traders bought back from the Far East. These ketsiaps were salty, spicy and fairly runny sauces and Europeans soon began to make their own version. Mushroom ketchup is thought to be the first ketchup made in Britain, and was all the rage with the Victorians. It was made with either fresh or dried mushrooms, which were boiled or pickled with spices. The resulting liquid was then drained to form the ketchup. Delve past the rows of tomato ketchup in the supermarket and you should still find a mushroom ketchup made by Geo Watkins, which has been going since the 1830s.

Garum was to Roman cooking what brown sauce is to a bacon sarnie: completely essential. The Roman empire was fortified on vats of this stinky fish sauce. It was made by fermenting either small fish such as anchovies or grey mullet, or the entrails of larger fish, for several months. So pungent was the sauce that in Byzantine times, laws were drafted to make sure it was made well away from human settlements. Rich citizens splurged on garum sociorum, the aged balsamic of its day. Garum fell from favour in the middle ages, but the fish sauces of Southeast Asia are a close modern equivalent if you're itching to recreate a Roman banquet.

Scampi with tartare sauce was a staple of the 1950s hotel dining room, according to Simon Hopkinson, who calls it "the most over-abused restaurant dish ever". These days, tartare is not the sauce-force it once was, and is mainly reduced to cameo appearances in fish-finger sandwiches - notably the McDonalds Fillet o'Fish, or its yuppie equivalent, the Leon Fish Finger Wrap.

Sauce tartare was named after the Tartars of Central Asia by the French. The late Alan Davidson suggests in the Oxford Companion to Food that it was used to describe piquant dishes in the French kitchen, as the Tartars were renowned for their fierceness. The sauce is usually mayonnaise-based and gussied up with additions such as capers, gherkins and lemon juice. It is incredibly easy to make at home using a jar of good-quality mayo, and while it may no longer be the height of fashion, it's still a perfect partner for fish.

Gentleman's Relish may have fallen into relative obscurity, but it is still made to the same secret recipe, still found in most supermarkets, and still comes in the same white pot with black script.

Salad cream was the height of salad sophistication in the 1970s, before olive oil, balsamic vinegar and the rest. Photograph: Alamy