This Is How Change In Human Diets Affected Our Language And Speech! 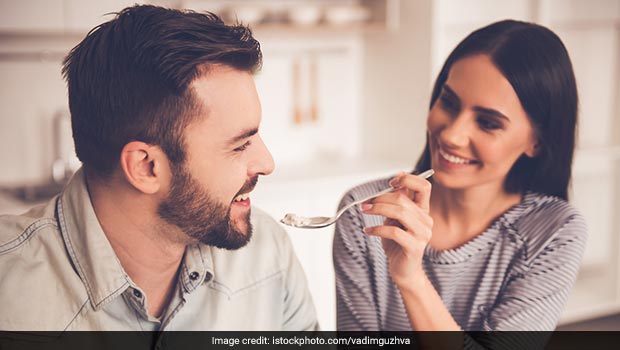 A commonly quoted phrase related to food says, "We are what we eat". That may indeed be true as what we put on our plates is also reflected on our skin, in our waistlines and levels of alertness and energy. But did you know that your diet may affect a key aspect of your personality as well? A new study published in Science Mag says that a change in diets also brought about a change in language of human beings. The study led by researchers at the University of Zurich in Germany, made a case for changing use of sounds and words, with the change in diet and eating patterns. The team of experts used biomechanics and linguistic evidence to present the novel concept that connects diet and language for the first time.

The researchers said that the rise of agriculture thousands of years ago increased the chances of human populations to start using sounds like 'f' and 'v'. This happened because the advent of agriculture introduced softer foods in our diets, which in turn affected how human teeth and jaws wore down with use. This made the production of these sounds easier. The study titled 'Human sound systems are shaped by post-Neolithic changes in bite configuration', surmised that the most abundant sounds in human languages are the ones that are the easiest to produce, perceive and learn.

The study said, "In 1985, the linguist Charles Hockett proposed that the use of teeth and jaws as tools in hunter-gatherer populations makes consonants produced with lower lip and upper teeth ("f" and "v" sounds) hard to produce. He thus conjectured that these sounds were a recent innovation in human language." Lead study author Damian Blasi said that language and speech needed to be treated by considering the interplay between biology and culture. However, he also said that changes in tooth didn't definitively predict or guarantee a change in language or emerge as the supreme force in affecting language. He said that the change in tooth wear due to a shift in diet did gurantee the production of the 'f' and 'v' sounds.

The researchers explained in the study that humans are born with vertical and horizontal overbite and since humans in the Paleolithic age ate tough, uncooked meats, the wear was greater and the overbite was short-lived. But the age of agriculture introduced softer foods like food grains, cheese and porridge, which allowed the overbite to persist into adulthood. The study concluded by saying, "Our findings reveal that the transition from prehistoric foragers to contemporary societies has had an impact on the human speech apparatus, and therefore on our species' main mode of communication and social differentiation: spoken language."