Too Much of Processed Meat May Worsen Your Asthma 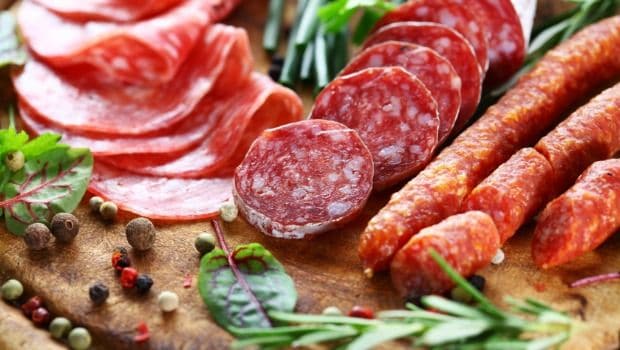 Highlights
Love to gorge on ham, sausages and salami? Beware, a new study suggests that higher intake of cured and processed meats can worsen asthma symptoms.

Cured and processed meat is rich in nitrites, which may have a role in airway inflammation -- a typical feature of asthma, the study said.

The findings showed that individuals who consumed four or more weekly servings of cured and processed meat were 76 per cent more likely to experience worsening asthma symptoms.

This could include difficulty in breathing, chest tightness and shortness of breath.

"This research extends the deleterious effect of cured meat on health, and the effect of diet on asthma in adults, and provides a novel analytic approach regarding the role of BMI in the diet-asthma association," said Zhen Li from Paul Brousse Hospital in Paris, France.

The results showed that cured and processed meat plays a potential role in lung function and health, the researchers added.

For the study, the team examined 971 adults (49 per cent men). Their dietary intake was measured using food frequency questionnaires encompassing 118 items in 46 food groups.Cured meat intake (ham, sausage, salami) was classified as low (for one or fewer) weekly servings, medium (for one-four) weekly servings and high for four or more.

Being overweight or obese, which was previously linked to worsening asthma, accounted for just 14 per cent of this association, thereby suggesting that meat intake was independently linked to symptoms.

Listen to the latest songs, only on JioSaavn.com
The study was published online in the journal Thorax.