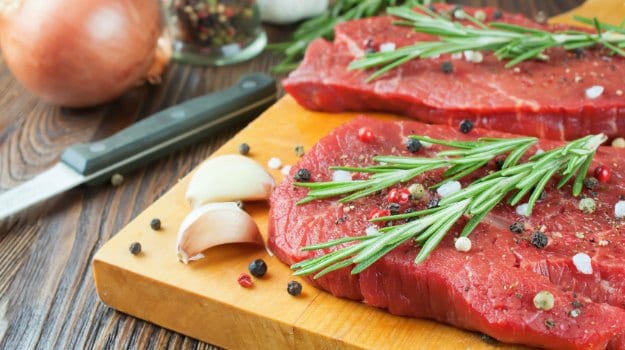 Red meat may take a toll on the kidneys that increases risk for kidney disease and eventually kidney failure, a large study suggests.

The authors also found that replacing some red meat in the diet with other types of protein - whether chicken, fish, eggs or vegetable sources - might dramatically reduce that risk. "There is an increase in numbers of individuals developing chronic kidney disease worldwide, and many progress to end-stage renal disease, which requires dialysis or a kidney transplant," Woon-Puay Koh told Reuters Health by email. "Current guidelines recommend restricting dietary protein intake in patients with advanced chronic kidney disease to help reduce symptoms and slow progression to end-stage renal disease," said Koh, a researcher at the National University of Singapore and the study's senior author.

Though limiting protein staves off progression of existing kidney disease, little is known about whether protein, and meat in particular, contributes to the risk for developing kidney disease, Koh's team writes in the Journal of the American Society of Nephrology.

The National Kidney Foundation says that approximately 660,000 people in the U.S. are being treated for the end-stage kidney disease, kidney failure. Of these, nearly 470,000 are on dialysis and 193,000 have had a kidney transplant. Since there is little evidence that overall dietary protein restriction or limiting specific food sources of protein intake may slow kidney function decline in the general population, Koh said, "we embarked on our study to see what advice should be given to the general public worried about their kidney health regarding types or sources of protein intake." The researchers examined data on more than 60,000 adults living in Singapore and participating in a long-term health study. They grouped the participants according to how much protein they ate, and after 15 years of follow-up, found that about 1,000 people had developed kidney failure.

The study team found that participants who ate the largest amount of red meat had about a 40 percent greater risk of developing kidney failure compared with people consuming the lowest amounts of meat. However, the researchers didn't find any associations between kidney health and intake of poultry, fish, eggs, dairy products or legumes. In fact, they calculated that substituting some other source of protein for one daily serving of red meat reduced the risk of kidney failure by up to 62 percent. "Our findings suggest that individuals can still maintain their protein intake unless their kidney function has been severely compromised. However, to reduce the risk of end-stage renal disease, it is best to eat red meat in moderation," Koh said. It's not necessary "to avoid red meat like poison," she added, but best not to make it the single meat item at every meal, or main protein source every day.

"Future studies are warranted to confirm our findings and to investigate the underlying mechanisms as to how the chemicals present in red meat may aggravate the progression of chronic kidney disease," Koh said. Even so, Lauren Graf, a clinical dietitian specializing in pediatric nephrology at Montefiore Medical Center in New York, said, "this is such an important study and is consistent with a large body of evidence suggesting that excess protein from meat can be damaging to the kidneys." Graf, who was not involved in the study, said the kidney damage might be due to the higher acid-forming effects of meat protein in the digestive tract compared with plant protein. "The kidneys are responsible for removing extra acid consumed from the diet and meat protein, therefore, creates a greater workload for the kidneys," Graf said. "Plant-based diets that are rich in vegetables and fruit have the opposite effect."