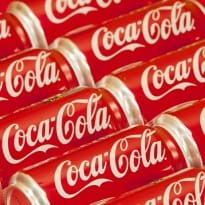 Authorities in the United Kingdom have banned a Coca-Cola television ad because they say it can mislead viewers about how easy it is to burn off the calories in a Coke.

The ad in question, a version of which has aired in the U.S., shows a variety of activities like dog walking, dancing and laughing that it says would burn off the "139 happy calories" in a single serving of the soft drink.

But the Advertising Standards Authority, which regulates advertising in the U.K., says the ad doesn't make clear enough that all of the activities need to be done in combination in order to burn 139 calories.

It noted that some viewers who complained thought only one of the activities was needed.

Coca-Cola representatives did not immediately return a request for comment.

The world's No. 1 beverage company has taken flack in recent years from public health advocates who say that the sugary drinks made by it and other companies cause obesity.

The 30-second ad, first released in the U.S. in January, was part of efforts to combat that by showcasing Coke drinkers doing healthy activities.

Coca-Cola also released two-minute ads in the U.S. and U.K. that lay out its record of providing drinks with fewer calories and noting that weight gain is the result of consuming too many calories of any kind -- not just soda.

Promoted
Listen to the latest songs, only on JioSaavn.com
While there also were complaints filed about that ad in the U.K., the regulators did not find that it mislead consumers and did not chose to ban it.Coca-Cola Co. shares slipped 5 cents to $40.79 in afternoon trading.