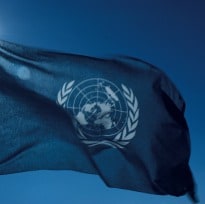 The United Nations urged political leaders from around the world on Wednesday to up their game in the fight to wipe out malnutrition, a global scourge which afflicts poor and rich alike. "Part of our out-of-balance world still starves to death. Another part stuffs itself into a level of obesity," Margaret Chan, head of the World Health Organization (WHO), told delegates at the Second International Conference on Nutrition (CIN2) in Rome.

Representatives from 190 countries gathered 22 years after the first malnutrition meeting for a three-day conference organised by the UN food agency (FAO) and WHO, and boasting appearances from leaders including Pope Francis. "The world food system is broken, with its reliance of the industrialised production of ever cheaper highly processed and unhealthy food," Chan said, adding that for some parts of Africa and Asia it was cheaper to import food than produce it locally.

She called on countries across the world to "have the creativity to work with civil society, academics and the private sector to find the right solutions for good health". A lot of progress has been made already, with the number of undernourished people in the world dropping by over half in the past two decades, from one billion people in 1992 when the first conference (CIN1) was held, to 805 million in 2014.

But malnutrition is not just about hunger: two billion people suffer from deficiencies in nutrients such as vitamin A, iron and zinc -- a condition known as "hidden hunger" by experts -- while 42 million children and 500 million adults are overweight or obese. "Our planet, ladies and gentlemen, is losing its capacity to sustain human life in good health. No one is predicting that population growth will outpace the productivity of the world's food systems. But this food must be health promoting," Chan said.At the opening ceremony, the delegates adopted a "Rome Declaration on Nutrition" and "Framework for Action", which the FAO said were based on a consensus reached by over 200 national governments after consultations with civil society organisations and the private sector.

The declaration focuses not only on access to healthy food but also the growing problem of inactive over-eaters, finding that "dietary risk factors, together with inadequate physical activity, account for almost 10 percent of the global burden of disease and disability". But FAO director general Jose Graziano da Silva told participants that "we're not at the finishing line yet.

"Our responsibility is to transform these commitments into concrete results. I hope that during this conference, you ministers will announce targets that even go beyond what we have already agreed," he said. He said poor diet habits and access to food had "overwhelming human, social, environment and economic costs".

Star guests at the conference include Queen Letizia of Spain, King of Lesotho Letsie III, philanthropist Melinda Gates and economist Jeffrey Sachs, as well as Pope Francis, a fervent campaigner against hunger who is expected to give a speech on Thursday.

Bangladesh Prime Minister Sheikh Hasina pulled out at the last minute but a protest over her walkover re-election and stifling of dissent in the impoverished South Asian state went ahead. "Her government is violating every principle of democracy and human rights that there is," said businessman Faiz Ahmed Faisal, one of several hundred expatriates attending the protest.

The action framework which accompanies the Rome Declaration presents 60 recommendations, including developing and implementing national plans and policies to better nutrition, as well as boosting related investments. It stresses the need for universal health coverage and urges governments to ensure universal access to safe drinking water and protect children from infections, such as diarrhoea, malaria and intestinal worms.

The framework aims to meet WHO targets of reducing deaths from NCDs -- diet-related non-communicable diseases -- by 25 percent by 2025, as well as reducing salt intake by 30 percent and halting the increase in obesity prevalence in adolescents and adults.