Meezaan is veteran actor and TV star Javed Jaffery's son. He was also an AD on the sets of Padmaavat. 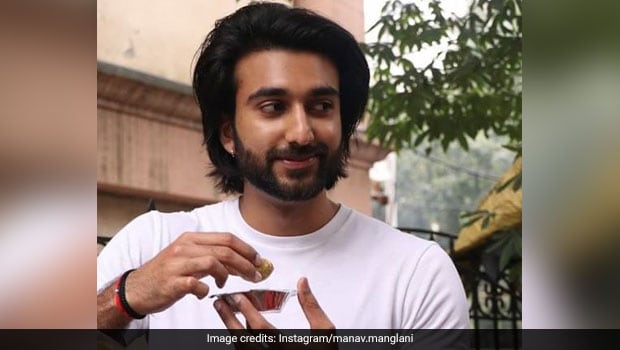 Meezaan Jaffrey, who made his big screen debut with 'Malaal' recently, has become the talk of the town. His performance in the Mumbai-based drama was well received by both critics and masses alike. Some are even touting it to be one of the best performances by a newcomer this year. Meezaan is veteran actor and TV star Javed Jaffrey's son. He was also an AD on the sets of Padmaavat. Meezaan even filled in as a body double for Ranveer Singh in Padmaavat. In one of his interviews, Meezaan admitted that it was Sanjay Leela Bhansali's vision and faith in him that made him take the plunge of being an actor. Malaal is produced by Sanjay Leela Bhansali. He has also co-written the screenplay of the film. It also stars newcomer Sharmin Segal in the lead.

On Wednesday, Meezaan was spotted outside Sanjay Leela Bhansali's office. The actor was seen making the most of Mumbai's monsoon by indulging in pani puri, from a stall located right outside SLB's office. Naturally, the paparazzi could not let go the adorable sight and took enough pictures. Chaat, pani puri, pakoras and masala chai are desi monsoon essentials. Come monsoon season, and our cravings for all things spicy and flavourful intensify. Meezaan quietly stood beside the stall and tucked into his pani puris, unfazed by the attention. Later, he smiled and posed for the cameras with his plate of pani puri too! From the looks of it, the actor seemed to have enjoyed the street food a lot.

Here's the video and pictures posted by Manav Manglani and Rohit Saraiya Official on Instagram.

Meezaan, in one of his interviews, revealed that he is a sports enthusiast. He was on a diet to prepare for his role in Malaal that required him to be ripped and active. In Malaal, Meezaan plays a role of an angry young man, who is associated with a political wing. He experiences a change of heart when he encounters Aastha (played by Sharmin Segal), a meek girl who comes to reside in his colony.