Watch: Savour The Best Of Rajasthani Cuisine At Home With This Easy Gatte Ki Sabzi Recipe

Gatte ki sabzi is a staple Rajasthani dish that is a part of the state's authentic thali all across the world. 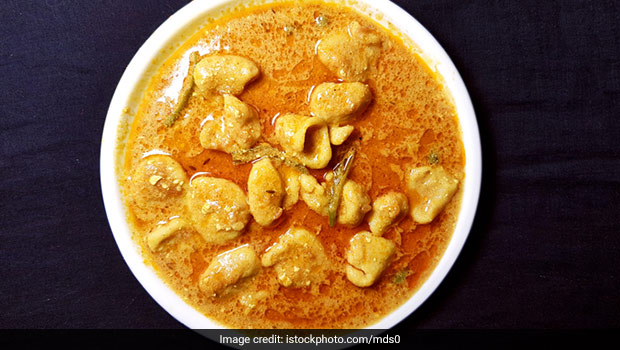 Rajasthani cuisine is one of the most popular Indian cuisines that has successfully made a name for itself across the world. All thanks to its rich curries, pickles and innovative and decadent sweet treats, Rajasthani cuisine has indeed made a mark across the globe. Known to be pretty fiery, the cuisine has literally made all its dishes out of limited sources given to it by the nature. The dry state is blessed abundantly with spices and pulses instead of vegetables and fruits; which explains why most of the dishes are extensively lentil-based and packed with spices.

One of the most incredible dishes of the Rajasthani cuisine is Gatte Ki Sabzi. A spicy melange of gram flour (besan) dumplings and a host of dry spices, gatte ki sabzi is a staple in every Rajasthani thali. While gatte itself is one stellar dish, it can further be added or cooked in different dishes such as gatte ki kadhi, pulav, achaar etc, and still be as flavourful as the original. Besides being an important part of authentic Rajasthani thali, gatte is an excellent vegetarian option to prepare for dinner parties at home.

(Also Read: Rajasthan's Love Affair With Gatta: These Gatta Recipes Will Make You Love It too)

To help you relish the best of gatte ki sabzi recipe, we've got you an incredible recipe to try at home. In this gatte ki sabzi recipe, besan is mixed with a host of spices such as cumin, turmeric, red chilli, salt and coriander powder along with mint leaves, ginger, curd and water. It is then rolled into a thick dough to make round dumplings, which are then deep-fried. The gravy is again a mix of spices and chillies such as whole red chilli sauteed in ghee with cloves, cinnamon, onion, ginger-garlic and curd. The fried gattas are simmered in this rich gravy before being served piping hot. You can serve this flavourful gatte ki sabzi with bajre ki roti or any Indian flatbread.