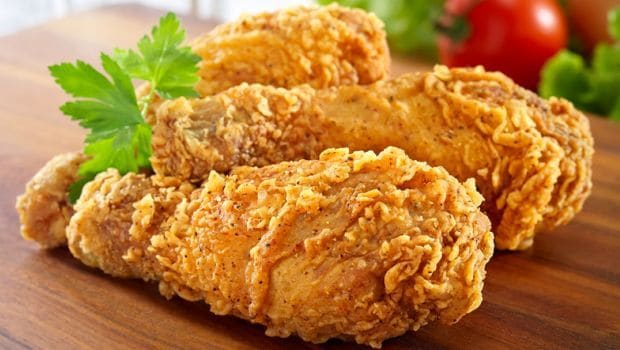 Highlights
The top 10 food related tweets by users in the US contain just one item - chicken - which can qualify as healthy, according to a new study that used Twitter posts to unveil diet and physical activity patterns of people.

"Coffee" was the most tweeted food in the continental US between mid-2014 to mid-2015 followed by "beer" and "pizza", researchers said.

Besides hinting at which foods are popular, tweets may show something about our health.

Communities that expressed positive sentiments about healthy foods were more likely to be healthier overall, they said.

Scientists at the University of Utah surveyed nearly 80 million Twitter messages - a random sample of one per cent of publicly available, geotagged tweets - over the course of one year.

They then sorted through the four million tweets about food for ones that fell on opposite ends of the health spectrum: tweets mentioning fast food restaurants, or lean meats, fruits, veggies or nuts.Out of that top 10 list, only the fourth most popular food-related item, "Starbucks", fit into the fast food
category. The seventh, "chicken", was the only one considered as healthy food.

However, the real insights came after cross-referencing the two types of food tweets with information about the neighbourhoods they came from, including census data and health surveys.

They found, for instance, that tweets from poor neighbourhoods, and regions with large households, were less likely to mention healthy foods. Also, people in areas dense with fast food restaurants tweeted more often about fast food.

Twitter has already been used to track health by gauging the prevalence of smoking and finding the source of outbreaks.

The difference here is that these types of comparisons could provide clues as to how our surrounding neighbourhood - the environment that we live, work and play in - impacts our health and well-being, researchers said.

"Our data could be telling us that certain neighbourhoods have fewer resources to support healthy diets," said Quynh Nguyen, an assistant professor at the University of Utah College of Health.

She explained that perhaps neighbourhoods laden with fast food restaurants could benefit from having more supermarkets or farm stands that sell fresh produce.

There is evidence that tweets are more than just small talk. Some types track with a community's health. Areas with more chatter about walking, dancing, running and other physical activities had fewer deaths and lower rates of obesity, researchers said.

The study was published in the journal JMIR Public Health and Surveillance.