What is Bathua? Make These Lovely Greens A Part Of Your Winter Diet

With winters finally here, it is time to make seasonal tweaks in our diet. One of the biggest highlights of this season are the winter special greens. Heres why you must load up on these ridged and arrow shaped leaves before they go out of season. 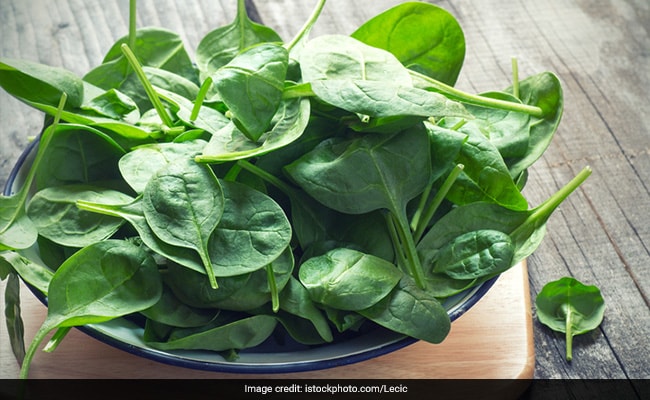 With winters finally here, it is time to make seasonal tweaks in our diet. One of the biggest highlights of this season are the winter special greens. From methi and sarso to turnip greens, it's tough to miss out on the fresh leafy galore that surrounds us during this nippy weather. One such proud member of the green-leafy brigade is ‘Bathua' (Chenopodium album).

Bathua leaves are cultivated in limited areas across the world. In some parts, it is also known as lamb's quarters, melde, goosefoot, pigweed and fat-hen. India happens to be one of the largest cultivators of Bathua. These dark, leafy greens are also related to amaranth, spinach and beetroot.

Bathua holds immense significance in India's culinary history. Considered an ancient seasonal green, Bathua is prepared just like the other saag preparations and consumed widely for its rich taste and health properties. The largest cultivation of Bathua saag happens in the regions of Rajasthan and Himachal, from where the greens are transported across the country. Bathua leaves are found exclusively during the winter months at elevations up to 4,700 meters. Here's why you must load up on these ridged and arrow shaped leaves before they go out of season.

Bathua leaves are filled with many nutritional qualities which can do wonders for your overall health. Bathua is loaded with essential minerals and antioxidants. It is a powerhouse of Vitamin A, C and B complex vitamins. The leaves are a good source of amino acids too. Amino acids play a significant role in cell function and cell repair. A large proportion of our cells, muscles and tissues are made up of amino acids. Minerals like iron, potassium, phosphorus and calcium are also present in abundance in Bathua. Rich in fibre and water content, bathua also cures constipation(due to its laxative properties) and a host of your tummy problems by aiding digestion and boosting intestinal activity too. Bathua's role in keeping your liver healthy has also made these lovely greens a hit in the health and nutrition circuit.

Bathua leaves are filled with many nutritional qualities​

CommentsThe taste of Bathua is a bit salty and can be compared to spinach. You can prepare it in so many ways. The traditional and most loved preparation is the piping hot Bathua ka saag, which is best enjoyed with ghee-laden rotis. Apart from having it as part of your mains, you can also include the greens in your raita, or make a paratha out of it. You can also add it to your soups. People also use the Bathua seeds as part of their winter diet. These seeds can be grounded into flour, which can then be used to make rotis or parathas. Think beyond palak and methi, there are whole lot of greens that are waiting to be explored. Bathua could be just one of them.