What's that Oyster Sauce in your Pantry Good for? Recipe 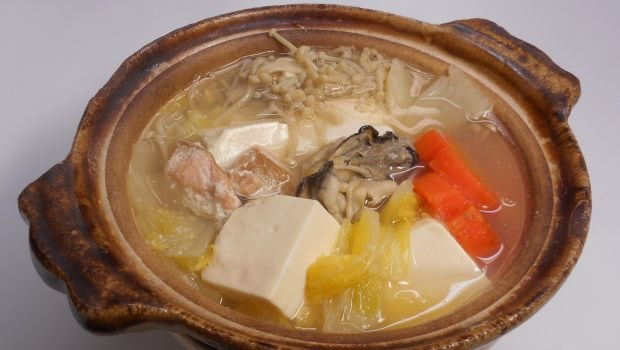 Highlights
With weeks of holiday eating ahead, this soup will be good to you: It's light and quick, yet there's enough in it to satisfy. It comes from "The Gourmet Kitchen," the new cookbook from food blogger Jennifer Farley, who lives in Bethesda.

Don't let the "gourmet" descriptor give you pause. The author had to fight to keep it in the title. "For me, it's not about being complicated," she says. "It's about applying techniques I learned in culinary school to cooking at home - amplifying flavor with a few key ingredients."

The oyster sauce called for in this recipe is a good example of such an ingredient. Farley says it's sweet and adds umami, yet it is surprisingly neutral: "You wouldn't necessarily get the same Asian notes you might expect to get from adding, say, toasted sesame oil." (Not all oyster sauce - sometimes called oyster-flavored sauce - contains actual oyster extracts, but sauces from bottles labeled either way can taste pretty similar.)

Asian noodles and rice dishes are where she most often adds oyster sauce, but Farley says we should think beyond that realm as well. So try adding a dash to vegetables in a saute pan, or at the start of a pan sauce for steak or chicken.

2 or 3 servings
Miso paste adds body and umami here; those who can't have soy or gluten can find alternative miso made from adzuki beans or chickpeas.

We tested this with dried udon noodles. The author likes using fresh, too, which she finds in the refrigerated section at large Asian markets.Serve with a salad of butter lettuce greens.

Adapted from "The Gourmet Kitchen," by Jennifer Farley (Simon & Schuster, 2016).

Bring a pot of water to a boil over medium-high heat. Add the udon noodles and cook according to the package directions. Drain. Boil a kettle of water.

Dissolve the miso in the cup of boiling water; pour that liquid through a fine-mesh strainer into a heavy saucepan or Dutch oven over medium heat. Add the broth, garlic, oyster sauce and rice vinegar. Once the mixture starts bubbling, reduce the heat to medium-low and cook for 5 minutes.

Stir in the mushrooms and salmon; cook for 15 minutes, then remove the saucepan from the heat and stir in the scallion, toasted sesame oil and the cooked udon noodles. Discard the garlic. Let sit for 3 to 5 minutes before serving.