Winter Warmers: Do You Know The Difference Between Stew, Soup, Stock and Broths?

Soups and stews are pretty much similar when it comes to cooking them. 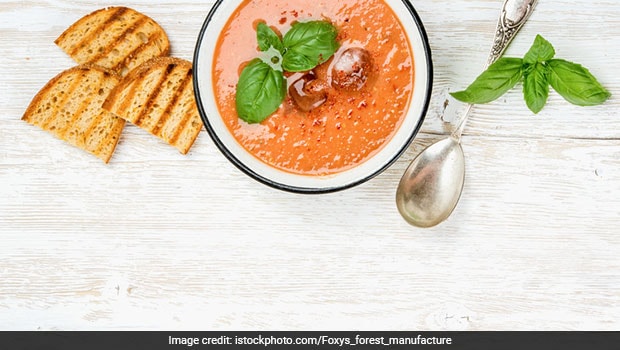 Winter is finally here and we can't express the amount of delight we get out of curling up inside our blanket and slurping on some heartwarming soup. While the world of winter warmers may swing between broths, stews, chowder and soups, it is good to know what makes each one of them different from the other. But, why exactly should we take the pain to differentiate between them? Well, if you think there is a world of a difference between pilafs, biryani, fried rice and pulao, then trust us, this would be an equally enlightening tale to hear.

Soups and stews are pretty much similar when it comes to cooking them. Both involve ingredients like seafood, meats and vegetables cooked in a range of spices and aromatics. One thing that sets stews apart from soups is the consistency. Stews have lesser amount of liquid in the final product and are thicker, with the veggies and meats just barely getting submerged in the flavourful liquid. A classic soup has all the ingredients completely submerged in the liquid. Another major difference is the cooking time. Making soups is a quick affair which can take as less as 20 minutes. Stew-making is a laborious process where ingredients are left to simmer (literally 'stew' in the juices) for long time over low-flame; what you get is more gravy-like consistency.

Soups rely on water or stock for cooking, while stews can also include alcohol like red or white wine during the cooking process. Stew uses larger and chunkier ingredients and less tender cuts.

Stocks and broths share many similarities. Both can be used as flavoured liquids at the base of cooking a range of delicacies. Cooking broths would involve scraps of meats, veggies or seafood, and may even include legumes. Non-vegetarian stocks involve simmering ingredients along with bones for a long time to extract the flavours and gelatin. Another difference is in the way they are consumed; while stock is always used for cooking other dishes, broths are considered highly nutritious and can be consumed as a meal. Stocks are never seasoned ideally, broths are; the former is strained to obtain just the liquid while the latter includes various ingredients with which it is cooked. Broths may also include the addition of starchy items like rice and even pulses.

What differentiates soups and stews from broths is the autonomy to use a range of ingredients and other cooked items like noodles. Seasonal produce, even fruits like watermelons can be used into making soups whereas broths are essentially meaty and wholesome.

"I have few quick points to make here, soups can have varying consistency. These can be strained, can included pureed ingredients and can also have creme as base. Soup is a more homogeneous preparation. Stock is always used as a base for other preparations; it can be used to dish out soups as well as broths. Another important point to note - stew is a preparation that is cooked completely from scratch; you take all the ingredients, put them in and let them all slow-cook together. Broths are created by combining stock with cooked/partially cooked ingredients (cooked meat/boiled veggies, et cereta); although broths may include starchy ingredients, it never really includes purees. Vegetarian stews use a lot of hard veggies, ideally root vegetables," notes the award winning Chef Sabyasachi Gorai who also owns the restaurant Lavaash in Delhi.

Here's hoping that the next time when you visit your favourite restaurant there shall be no more dithering! Now, know exactly what you are having and precisely what to expect when you order a light and refreshing soup or a hearty broth.