Wines Under Threat as Bordeaux Hit by Rising Temperatures 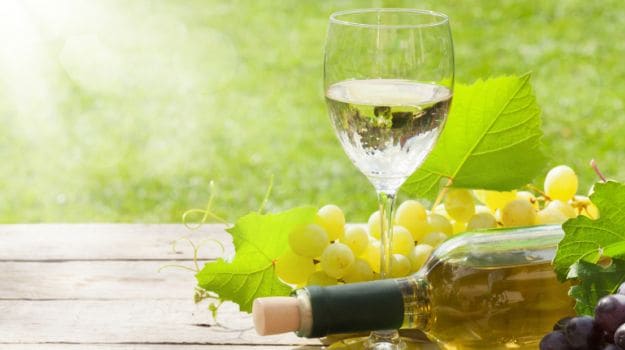 This summer was a scorcher in France, the second hottest on record. For Bordeaux wine growers, those searing temperatures were the latest reminder that global warming is threatening to upend their world.

In a vineyard on the outskirts of the world's wine capital, Agnes Destrac, a researcher with France's National Institute for Agricultural Research, points to shriveled merlot grapes, left to linger on the vine well past harvest time to simulate the effects of rising temperatures.

"You have to keep in mind the limits of the grape," Destrac said. "We're not going to keep merlot no matter what." A few years ago, such talk would have been heresy in a place where merlot vines cover more than 60 percent of the red- wine area. But now Destrac is at the forefront of a race to hunt for grapes that can better withstand heat, helping Bordeaux's $4.2 billion wine industry adapt to a hotter world.

Merlot is Bordeaux's earliest-ripening red, and its character would change if a warmer climate meant fully ripe berries in August rather than September, said Bernard Farges, a winemaker and president of the Conseil Interprofessionel du Vin de Bordeaux, the local wine board.

Overripe merlot loses its class and freshness, becoming "a fruit bomb with no hard edges," Master of Wine Clive Coates wrote in his 2004 book, "The Wines of Bordeaux." An alternative ideally would yield a wine that still is typical of Bordeaux, Farges said. That means a deep red that's easy to drink with meals, not too high in alcohol and elegant.Farges is already looking for that grape. He's experimenting with petit verdot, a traditional variety whose late and often unreliable ripening has held back its cultivation in the region. As temperatures increase and the grape becomes a more reliable producer, the variety can add tannins, color and flavor to Bordeaux reds.

France's wine regions are organized in controlled designations of origin, known by their French acronym AOC, with rules on growing areas and grape types based on centuries of growing experience.
Global warming means tradition may have to go out the window. Bordeaux has heated up almost 1 degree Celsius (1.8 Fahrenheit) since the 1980s, and more increases could push merlot outside its comfort zone. From Champagne in the north to the Rhone valley in the south, vines are flowering earlier and fruit is maturing more quickly than a generation ago.

In all four scenarios used by the Intergovernmental Panel on Climate Change, a scientific intergovernmental body overseen by the United Nations, the region is expected to continue warming through 2050. In its scenario of rising greenhouse-gas emissions, average temperatures may be about 4 degrees higher than the 1975-2005 average by the end of the century.

The Bordeaux wine board has asked to change the regulations of the AOC so growers starting in 2016 can try out grape varieties now barred under the label of the world's most famous wine region. It's proposing to add four red-wine grapes to the six allowed in the AOC as part of an eight-year experiment. The plantings would include regional varieties as well as Marselan, a cross between Cabernet Sauvignon and Grenache developed in 1961.

At the research institute's vineyard, 6 kilometers (3.7 miles) south of the wine board's 18th century headquarters, Destrac oversees a plot of 52 grape varieties -- including vines from Portugal, Greece and Italy -- as part of the Vitadapt experiment. Touriga nacional, a grape from northern Portugal used in port wine, held up well despite heat waves this summer.

"Portuguese varieties could be good candidates," said Destrac, who previously studied tomato genetics. "We know they can stand high temperatures and they're on an ocean front." Every week, she gathers grapes for analysis at the nearby Institut des Sciences de la Vigne et du Vin, tracking sugar content as the fruit progresses. The berries are counted, weighed and crushed into juice that fills trays of test tubes with colors from pale yellow to deep red.

An extremely hot July pushed up sugar levels and reduced the acidity that provides freshness to wine, Destrac found. Studying new varieties will give wine makers more tools to confront climate change -- and with vineyards typically planted for 30 years, the time for research is now, said Vincent Cruege, wine maker at Chateau La Louviere in Bordeaux's Pessac-Leognan appellation. To make great wines, you need to be at the northern growing limit for the variety, he noted.

But Cruege isn't convinced that global warming presents as big a problem as others believe. While sugar content has changed in the past 25 years, that's as much the result of new agricultural practices as warmer weather, he said. Pruning, defoliating and thinning out unripe bunches can control crop development, meaning overripe merlot isn't his biggest concern.

"How we work the vines can have more effect than the vintage," said Cruege, who started out as a trainee at domain La Louviere more than 25 years ago and became head oenologist for owner Vignobles Andre Lurton in 2013. Even so, winemakers "will have to manage a changing environment," said Herve Le Treut, a lead author for the most recent report by the intergovernmental climate-change panel. "Nature reacts extremely strongly to changes in temperature. We'll need to know, for various wine-grape varietals and cultivation methods, what has to be preserved, at what price."

With climate talks in Paris approaching, Le Treut said an agreement to limit global warming is of "capital importance." By the end of the century, summer heat waves might bring Bordeaux temperatures 10 degrees above normal, he predicted. "In the face of coming climate change, we need to experiment," Farges said. Bordeaux "has to be able to adapt."