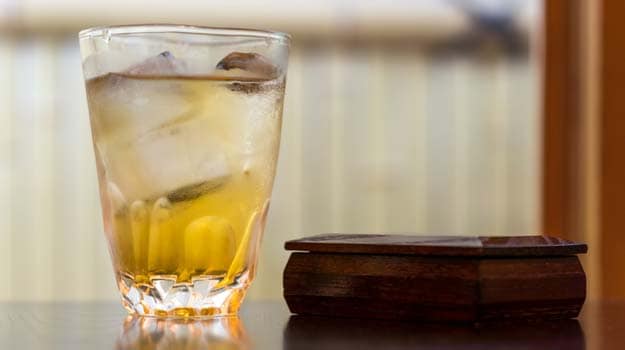 Jeon Seo-jin, 25, finds traditional soju, the clear grain-based liquor popular in South Korea, too strong for her liking. Instead, to wind down after work as a sales team trainer at a cosmetics company in Seoul, she joins her friends for a glass of the fruit-flavoured lower-alcohol soju that Korean spirits companies began rolling out this year.

"It gives you time to enjoy the taste and talk with friends - unlike regular soju, which is too strong," said Jeon as she shared a drink with a female colleague at Kodachaya, a central Seoul bar popular with the young after-work crowd.

Professional women like Jeon are driving a change in the way beverage companies look at South Korea, which hard-drinking men have made Asia's biggest alcohol consuming country on a per capita basis. As more women join the workforce in South Korea, a growing share of younger women are becoming regular drinkers, shifting consumption patterns in a male-dominated society where post-work drinking sessions are a staple of office life. Rising incomes and a greater interest in health also mean fewer Koreans merely seek out the cheapest way to get drunk.

Imports of sparkling wine, which is especially popular among young Korean women, rose nearly 20 percent in January-July, while wine imports overall are on track to surpass those of whiskey for the first time this year, customs data shows.

"There was pent-up demand for change in flavour and alcohol content among South Korean drinkers, especially among females as more and more of them join the workforce," said Lee Kyung-ju, an analyst at Korea Investment and Securities.

(Make Your Own Classic Champagne Cocktail)

In March, Lotte Chilsung Beverages launched a citron-flavoured soju called Soonhari, which means soft, with 14 percent alcohol, lower than the usual 21 percent. The company says it sold 40 million bottles in the first 100 days. Rival Muhak followed in May with a series of low-alcohol fruity soju products whose name translates to "Good Day". Hite Jinro, the country's biggest maker of alcoholic beverages, joined the trend in June with a grapefruit flavoured soju containing 13 percent alcohol.

South Koreans are the biggest consumers of alcohol in the Asia-Pacific, imbibing an annual 12.3 litres (3.25 gallons) per person, just ahead of Australians, World Health Organisation data shows. Official figures valued the market at about $8.4 billion in 2013, based on factory and import prices.

The country's drinking culture is driven by men who frequently gather after work for rounds of drinks including "soju bombs", or beer mixed with soju. That is changing as more women work and as Koreans choose healthier lifestyles. Female employment in South Korea, while still low compared with other developed economies, hit a record 52.6 percent in July.

"Company drinking culture has changed. It's not like what we see on TV dramas anymore. Nobody forces anybody to drink. People make their own decisions on whether to drink more," Jeon said.

The share of female drinkers in their 20s who drink more than once a month rose by 10.5 percent between 2005 and 2014, hitting 62.3 percent, government data showed. The trend towards lower-alcohol and flavoured products is global in recent years, driven by changing tastes, health and in some places lower prices to offset higher taxes.

Listen to the latest songs, only on JioSaavn.com
(8 Herb-Based Cocktail Recipes)

In March, UK-based Diageo Plc, the world's biggest seller of whiskey, rolled out W Ice by Windsor in South Korea. The spirit has 35 percent alcohol instead of the usual 40 percent, and follows Diageo's launch last year in Spain of J&B Urban Honey, also with 35 percent alcohol.