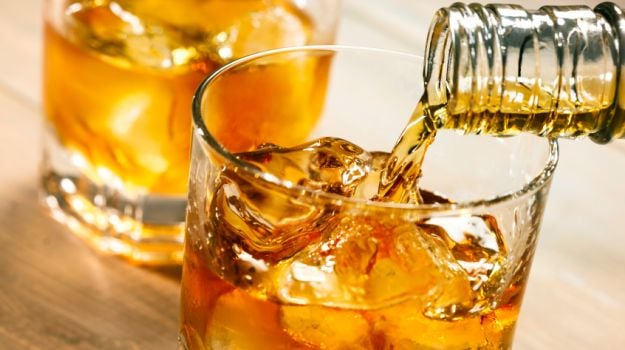 A Scottish distillery that sent unmatured maltwhisky into space for three years to study the effect of near-zero gravity on flavour has found that the sample had acquired smoky flavour, meaty aroma, and was "noticeably different" from how it tastes on Earth. Ardbeg Distillery, on Islay, sent a vial to the International Space Station in a cargo spacecraft in October 2011. Another vial of the same whisky was kept at the distillery for comparison. The distillery said its space sample was "noticeably different" in terms of aroma and taste.

The sample which remained on Earth had a woody aroma, reminiscent of an aged Ardbeg style, with hints of cedar, sweet smoke, aged balsamic vinegar, as well as raisins, treacle toffee, vanilla and burnt oranges. On the other hand the space sample had an intense aroma with hints of antiseptic smoke, rubber and smoked fish, along with a curious, perfumed note, like violet or cassis, and powerful woody tones, leading to a meaty aroma.

Promoted
Listen to the latest songs, only on JioSaavn.com
(Learn How to Drink Whisky)

On the palate, the Earth sample with its woody, balsamic flavours shone through, along with a distant fruitiness, some charcoal and antiseptic notes, leading to a long, lingering aftertaste, with flavours of gentle smoke, tar and creamy fudge. The taste of the space sample was very focused, with smoked fruits such as prunes, raisins, sugared plums and cherries, earthy peat smoke, peppermint, aniseed, cinnamon and smoked bacon or hickory-smoked ham. The aftertaste was intense and long, with hints of wood, antiseptic lozenges and rubbery smoke.

"The space samples were noticeably different," said Dr Bill Lumsden, Ardbeg's director of distilling and whisky creation. "When I nosed and tasted the space samples, it became clear that much more of Ardbeg's smoky, phenolic character shone through - to reveal a different set of smoky flavours which I have not encountered here on earth before," he noted.