5 Ways to Boost Your Metabolism and Burn More Calories

Metabolism refers to certain chemical reactions in our body that help in maintaining the health of cells and organisms. Here are five ways to boost it and lose weight fast. 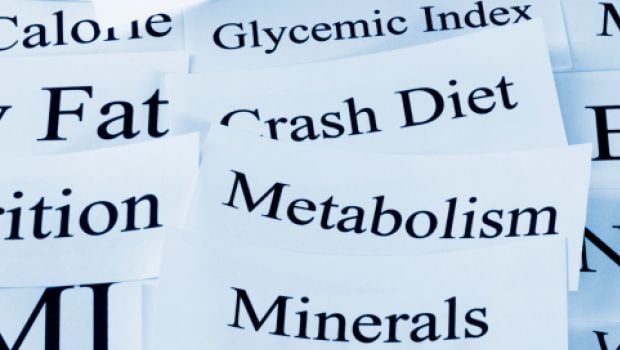 Highlights
Metabolism refers to certain chemical reactions in our body that help in maintaining the health of cells and organisms. It's easy to understand this. People with a high metabolism are able to burn more calories and lose weight more quickly. But you don't always have to depend on exercise and training, there are some other factors that can speed up your metabolism and with less effort.

A few months ago I got myself tested in the gym for fat percentage, BMI and the works. I was informed that my metabolism mirrored that of a 40 year old. My trainer wasn't pleased and quite frankly, neither was I. After working out for months, spending most of my mornings shuttling between weights and the treadmill, I was only a few inches smaller and the weighing scale almost untouched. Frustrated, I marched to a nutritionist's office and two weeks later, BAM! I was two kilos lighter without having to give up what I eat.

She told me that despite the exercise, a number of factors were working against me. My diet, sleep patterns and my brain which wouldn't let my body waver from what it considers my 'normal weight', the one I've been at for most part of my life. All of this boiled down to one word - metabolism. The M word was my biggest enemy and the doctor, my best ally.

What does metabolism really mean?

Mayo Clinic defines metabolism as "The process by which your body converts what you eat and drink into energy. During this complex biochemical process, calories in food and beverages are combined with oxygen to release the energy your body needs to function." In simple words, your body's metabolic rate determines a lot of the calories you burn in a day. So if it's sluggish for some reason, you won't be burning as many calories as you're supposed to.

Science suggests that your basic metabolic rate accounts for about 70 per cent of the calories you burn every day. Now, if your metabolism is sluggish like mine, your body will not burn calories the way it's supposed to and instead of expending calories, store them as fat. And the slower your metabolism, the fewer number of calories you need to consume to avoid gaining weight. Let me explain by means of an example, let's say you consume 2000 calories every day and burn 2000 calories as well. There's no weight gain, but also no weight-loss. But what if you ate 1200 calories? It's not only the number of calories you eat that's important but how many you burn as well. Exercise helps burn a considerable amount but your metabolism is responsible for the rest. And starving yourself might help with weight-loss today but in the long run, it'll sharply drop your metabolic rate, causing all that weight to come back.

Busting some myths about metabolism:

1. Metabolism is linked to your genes - Absolutely not says Dr. Anshu Jaibharat, Delhi-based nutritionist. "Metabolism isn't genetic and with the right kind of guidance can most certainly be changed."

2. Good metabolism does not mean you lose weight quicker- If you consume more calories than your body needs, no matter how efficient your metabolism is, you will not lose weight.

3. Metabolism doesn't change over time - Metabolism changes depending on the lifestlye you keep. If you exercise regularly and eat balanced meals, you can make a real change to your body's metabolism.

What can cause your metabolism to flat-line?

Before we get into how your metabolism dips, here's a great chart that'll help you identify your sluggish metabolism.

Your metabolism could be suffering for any number of reasons but some of the most important ones are:

1. Sleep - According to the European Food Information Council, "Sleep deprivation can certainly lower your metabolism by triggering a set of undesirable changes in the body. If you sleep less, your body grows to be more intolerant towards glucose, and there is an increase in your appetite or cravings for refined and high-energy foods which often lead to weight gain.

2. Stress - Stress can lower your body's metabolic rate causing weight gain. How exactly? According to research conducted by the Ohio State University and published in the journal Biological Psychiatry, your body metabolises slower under stress and the types of food you crave when you're stressed are also high in fat and sugar. It's especially harmful to women. If that's the case, then why do some people believe that stress helps with weight-loss? Elizabeth Walling, author of 'The Nourished Metabolism' terms this as the 'feel-good phase'. The stress hormone can make you feel good in the short term, even reduce inflammation and solve a variety of health issues. Over time, the stress hormones break down proteins from the muscles and bones, your lean tissue wears out slowly. That's when you can spot symptoms like poor digestion, mood swings and weight gain, especially in the abdominal region.

3. Nutrition - Dr. Anshu Jaibharat adds, "Eat well balanced meals, food that's in season, healthy and home-made in good quantity. When you eat less than what your body needs, your brain detects that it's getting lesser energy and reduces the speed of the fuelling cycle. Also, don't leave long gaps between meals because it drops your blood sugar which could also slow down the metabolism." What you want in a diet is a balance of carbohydrates, proteins and fats, which work together to promote a nourished metabolism says Elizabeth Walling.

4. Dieting - Crash dieting, the kind where you deprive your body of food, at least the amount you should be eating, could do more harm than good. At first you may feel good about the inch loss but muscle loss will soon follow.

5. Water - It's often said that drinking a lot of water is great for quick weight loss but that's not entirely true. Yes, it's important to remain hydrated but the frequency and sources of water also have a huge role to play. Your need for water depends on your lifestyle. If you're more active you'll need more water versus someone's who's sedentary. You don't just need regular water but also enriched in electrolytes that you lose during the day. Which is why things like lemonade, orange juice, electral are great ways to keep yourself healthy and hydrated.