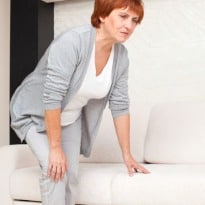 Obesity is considered to be one of the prime reasons of developing arthritis, but a new study examines the role of a certain appetite hormone called leptin in developing the risk of arthritis. The absence of the appetite hormone leptin can determine whether someone experiences arthritis, irrespective of their body mass and weight.

The researchers carried out their experiments on mice. Their study concluded that the absence of leptin in  mice, even though they were obese, reduced the risk of developing arthritis.

"We knew from other studies that obese people got arthritis in their hands, too, which do not bear weight. This indicated that something besides just body-weight level affected their joints," said Tim Griffin from Oklahoma Medical Research Foundation in the US.

The role of obesity as a risk factor for arthritis is well characterised, but it was thought to be merely a case of overloading joints with extra weight. Mice that were leptin-deficient, had deficient leptin receptors or those that did not have any effective leptin in their bodies, ate excessively and gained weight. "We were completely surprised to find that mice that became extremely obese had no arthritis if their bodies did not have leptin," Farshid Guilak, director of orthopaedic research in the Duke University noted.

Promoted
Listen to the latest songs, only on JioSaavn.com
"Although there was some earlier evidence that leptin might be involved in the arthritis disease process, we did not think that there would be no arthritis at all," Guilak added.

"In fact, the joints from the obese mice in the study looked better than those of the normal control mice," Guilak said. The results suggest that leptin affects various factors that may be associated with arthritis like body weight, bone metabolism and inflammation. The study appeared in the journal Arthritis & Rheumatism.