Aerobic Exercises May Help Slow Down Memory Loss in Elderly 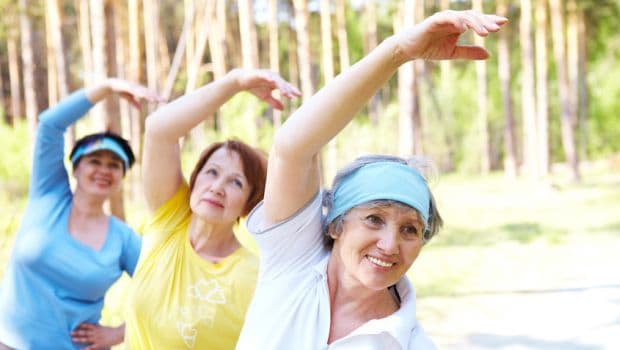 Highlights
Regular aerobic exercise may be beneficial for older adults,who have been suffering from memory and thinking problems, says new research.

Aerobic exercise (also known as cardio) is a physical exercise of low to high intensity that depends primarily on the aerobic energy-generating process.

The study done by researchers at the University of British Columbia in Vancouver, Canada, showed that people who exercised had a small improvement on the test of overall thinking skills compared to those who did not exercise.

In addition to that, those who exercised also showed improvement in their blood pressure levels. High levels of hypertension may increase the risk of developing vascular cognitive impairment , the second most common cause of dementia after Alzheimer's disease, the researchers said.

In vascular cognitive impairment, problems with memory and thinking skills result from damage to large and small blood vessels in the brain.

"Studies have shown that exercise can help reduce the risk of developing memory problems, but few studies have looked at whether it can help people who already have these problems get better or keep from getting worse," said Teresa Liu-Ambrose from the University of British Columbia.

For the study, the team involved 70 people with an average age of about 74 , who had mild vascular cognitive impairment.

Promoted
Listen to the latest songs, only on JioSaavn.com
The scores of those who exercised improved by 1.7 points compared to those who did not exercise.

The results appear online in the journal ,Neurology.