Age of Technology: This Wristband May Help You Fight Stress 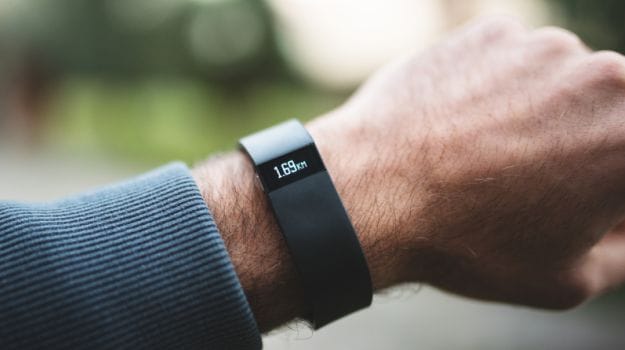 Highlights
Technology has been advancing every passing year and how! At one point, touch phones seemed to have been the new trend, and now we have wearable devices that help us monitor our fitness, heartbeat, sleep patterns, diabetes and even stress! Researchers from University of London have designed a wearable device that delivers heartbeat-like vibrations onto the inside of the wrist, which then can significantly reduce stress.

Vibrations can affect our heart's rhythm. Humans naturally respond to rhythm. For example, the tempo of a song can naturally alter our breathing and heart rates. Slower tempos result in lower arousal and positive or calm emotional states, while we associate fast rhythms with arousing emotional states such as joy, excitement, surprise, fear or anger.

The researchers assessed the calming effects of the device called doppel - a wristband designed to actively reduce stress by using the intuitive responses that we all have to rhythm, and especially to heartbeats. Beyond music, several studies report similar effects in responses to biological rhythms, and the heartbeat is perhaps the most ubiquitous biological rhythm in nature. "High arousal is correlated with increased heart rate, whereas calmness is physiologically correlated with lower heart rate," said Manos Tsakiris from University of London.

"We also intuitively associate higher and lower heart rate with anxiety or high arousal, and calmness. The design of doppel, the device that we used in our study, was inspired by these insights," said Tsakiris.

To test the efficacy of doppel, the researchers exposed volunteers to a socially stressful situation and measured their physiological arousal and their reported anxiety levels. Two groups of participants were asked to prepare a public speech, a widely used psychological task that consistently increases stress.

All participants wore the device on their wrist and a cover story was used to suggest to participants that the device was measuring blood pressure during the anticipation of the task. For one of the two groups, the device was turned on and delivered a heartbeat-like vibration at a slower frequency than the participants' resting heart rate, while they were preparing their speech.

The researchers measured both physiological arousal and subjective reports of anxiety.

The use of doppel had a tangible and measurable calming effect across both physiological and psychological levels. Only the participants who felt the heartbeat-like vibration displayed lower increases in skin conductance responses and lower anxiety levels. "Wearable devices are becoming ubiquitous in everyday life, but across the board their primary aim is to quantify our activity," said Tsakiris.

"The results we got suggest that, rather than measuring ourselves, we can instead harvest our natural responses to heartbeat like rhythms in ways that can assist people in their everyday life," he said.

The research was published in the journal Scientific Reports.