Are Young Boys and Girls Losing Interest in Physical Activities? 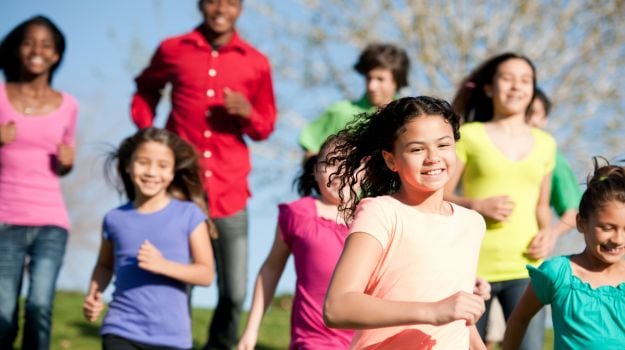 Highlights
Do you slip into a strong gush of nostalgia each time you climb staircases of how you would run up and down the stairs twenty times a day when you were young? Now you seem to be panting for breath just after four steps! Do you often wish to swap your energy levels with a seven year-old kid? Well, as per the recent study, the move may not reap the desired results either. A new study suggests that the physical activity level has begun to dip in boys and girls by the age of 7! As opposed to earlier assumptions that energy levels take a toll by the time you hit adulthood, this study comes as a shocker especially in the wake of times when the entire world is struggling with the rise of sedentary lifestyle and physical inactivity amongst children.

"The prevailing view among policy makers and health professionals is that physical activity levels during childhood are adequate, but fall sharply during adolescence, and that the decline is significantly greater among girls,'' said the study published online in the British Journal of Sports Medicine

The findings revealed that total volume of physical activity fell from the age of 7 onwards in both boys and girls, shadowing the same decline trends as in adolescence. However, patterns of decline differed for boys and girls.

For the study, physical activity levels of around 400 children taking part in the Gateshead Millennium Cohort Study in North East England over a period of eight years (2006-15) was analysed. The levels were measures when the children were 7, 9, 12 and 15 years old, with the help of a small lightweight portable monitor that was worn for seven days at a time. The monitor recorded activity for 15 second intervals. The monitor was removed only at night, and for bathing or swimming.

Admitting that these findings can't be generalized, and different countries may have different result said that these findings are still alarming and calls for an intensive research." The study questions the concept of the adolescent girl as a priority for research and policy efforts in physical activity," it said.