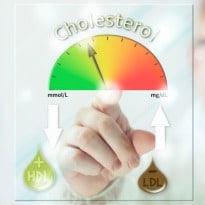 Cholesterol is not just bad for your heart. According to an alarming research, "bad" cholesterol helps cancer spread around the body. This is because cholesterol regulates the machinery that controls the movement of cells in the body.

Most of the cells in our bodies stick to neighbouring cells with the help of molecules on their surface known as integrins that helps cells stick together. "Bad cholesterol (low-density lipoprotein or LDL) controls the trafficking of tiny vessels which also contain these integrins, and this has a huge effect on the ability of cancer cells to move and spread throughout the body," Thomas Grewal, an associate professor from University of Sydney, was quoted as saying.

Unfortunately, integrins also help cancer cells that have broken away from a cancerous tumour to take root elsewhere in the body. In contrast, high levels of "good" cholesterol keeps integrins inside cells and may, therefore, prevent the spread of cancer.

Malignant cancer cells are known to take up increased amounts of bad cholesterol, Grewal noted in a paper published in the journal Cell Reports.

Comments According to Grewal, people with common cancers such as breast, prostate, lung and liver cancers often have low LDL levels because the cholesterol has been absorbed by the cancer cells which need it to grow and spread.