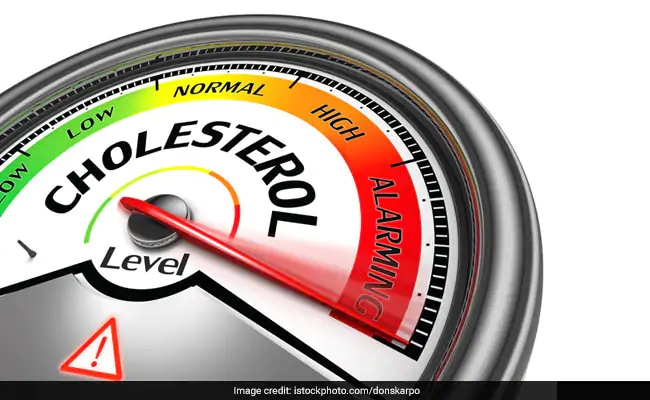 Our sedentary lifestyle and dependency on processed and packaged food has made high cholesterol a common problem these days. And it's not just our diet, but even obesity and stress may also increase the chances of high cholesterol. According to a study, published in Atherosclerosis journal, the researchers from University of Copenhagen found that levels of remnant cholesterol in the blood of adults are just as high as the amount of the "bad" LDL cholesterol.

The study's findings are based on data from people from the Copenhagen General Population Study, a Danish population survey with a total of 140,000 participants. This study shows that remnant cholesterol may be more responsible than LDL cholesterol, the so-called 'bad' cholesterol, for cardiovascular diseases. The researchers discovered that from the age of 20 until the age of 60, the amount of remnant cholesterol in the blood constantly increases, and for many people it remains at a high level for the rest of their lives. "Previous studies from the Copenhagen General Population Study show that overweight and obesity are the main cause of the very high amount of remnant cholesterol in the blood of adult Danes. In addition, diabetes, hereditary genes and lack of exercise play a part," said MD Mie Balling, one of the authors of the study.

The study's findings point to the fact that prevention of myocardial infarction and stroke should not just focus on reducing the bad LDL cholesterol, but also on reducing remnant cholesterol and triglycerides, a type of fat.

Commonly used in Indian cooking, garlic has been known for its health enhancing properties. Garlic is made up of amino acids, vitamins, minerals, and organosulfur compounds such as allicin, ajoene, s-allylcysteine, s-ethylcysteine, and diallylsulfide. These sulphur compounds are said to be the active ingredients that lend therapeutic properties to garlic. A number of scientific studies have proven garlic to be effective in reducing remnant and LDL cholesterol significantly. Consuming 1/2 to 1 garlic clove daily could reduce your cholesterol level by up to 9%.

Various scientific studies have proven garlic to be effective in reducing remnant and LDL cholesterol significantly.​

The most consumed liquid after water is green tea, which is a rich source of polyphenols. These compounds provide immense health benefits to the human body. Green tea has the highest concentration of polyphenols associated with not only lowering remnant and LDL Cholesterol but also increasing HDL cholesterol. A population based study showed that men who drank green tea had lower cholesterol levels as compared to those who didn't. Two to three cups of green tea is all you need.

Green tea has the highest concentration of polyphenols associated with lowering remnant and LDL Cholesterol.

The humble dhaniya seeds have been used in Ayurveda for a number of ailments. Among the long list, lowering bad cholesterol is one of them. Coriander seeds have numerous key vitamins like folic acid, vitamin A and beta-carotene, and most importantly, vitamin C.

Coriander seeds have numerous key vitamins like folic acid, vitamin A and beta-carotene, and most importantly, vitamin C.

Methi seeds, as they are known to us, have been used as a popular culinary spice, flavouring agent and a medicinal plant since time immemorial. Methi seeds are rich in vitamin E and possess antidiabetic, anti-inflammatory, and antioxidant properties. Saponins found in fenugreek help remove cholesterol from the body and its fibre helps reduce the synthesis in the liver. Half to 1 teaspoon of fenugreek seeds daily is recommended.

Half to one teaspoon of fenugreek seeds daily is recommended.

It is one of the richest sources of vitamin C and phenolic compounds in addition to minerals and amino acids. The fruit of amla has been used in Ayurveda as a rasayan for the treatment of various diseases. A study published in the Indian journal of Pharmacology, compared the effect of cholesterol lowering drugs against amla. Daily intake of amla not only reduces remnant and bad cholesterol levels but also reduces the damage due to oxidation. One to two amla fruits can be consumed daily.