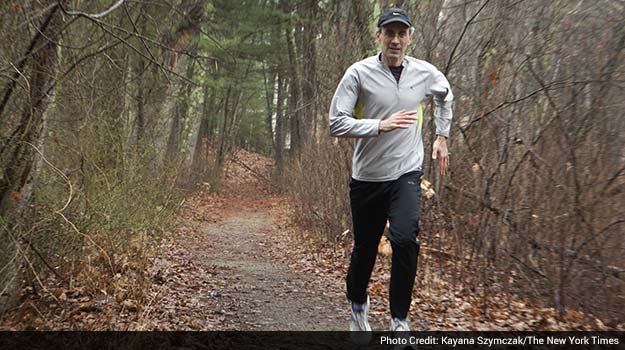 “We all know treating hypertension is good, but we don’t know how aggressive we should be,” said Dr. Michael Lauer, director of the Division of Cardiovascular Sciences at the National Heart, Lung and Blood Institute.

The institute is seeking definitive answers as part of its mission to drive down deaths from cardiovascular disease, continuing the decades-long plunge in mortality rates from this leading killer.

The results of a large and rigorous study, called SPRINT for Systolic Blood Pressure Intervention Trial, are expected in 2017. Researchers are following 9,000 middle-age and older adults with high blood pressure. Half were randomly assigned to get their systolic pressure - the top number that measures pressure when the heart contracts - to below 120 while the others were to get to below 140. The study will measure not just heart attacks, strokes and kidney disease, but also effects on the brain. Do people think better and avoid dementia with lower pressure?

In the meantime, doctors are making decisions in a fog of uncertainty.

What about a patient like Glenn Lorenzen, 67, whose systolic pressure was a frightening 220 in October? On a chilly day in December at the cardiovascular clinic at the Boston Veterans Affairs hospital, he had received the good news that drugs and weight loss had lowered his reading to 124. Should he be happy? Should he aim to be below 120? Or should he ease up on the medications a bit and let his pressure drift toward 140 or even 150?One school of thought says blood pressure rises with age to push more blood into the brain. Another says high blood pressure damages the brain, perhaps causing silent ministrokes.
“We don’t know which is right,” said David Reboussin, a biostatistician at Wake Forest University who is a principal investigator for the new federal study.

The trend in geriatrics is to let pressure drift up, although not above 150, said Dr. Alfred Cheung, a study investigator who is a nephrologist and professor of medicine at the University of Utah.
“It’s not based on hard data,” he said.

The lack of evidence is at the heart of a dispute that is partly an artifact of the way thinking on blood pressure evolved.

When drugs to lower blood pressure came on the market in the 1950s, many doctors did not know if they should prescribe them. They thought systolic pressure should be 100 plus a person’s age. The conventional wisdom was that blood vessels stiffen with age, so higher pressure helped push blood through them.

That view was discredited in 1967 when a rigorous study comparing the drugs with a placebo ended early because those taking the medicines had so many fewer strokes and heart attacks. The drugs became mainstays in medicine, credited with saving millions of lives.

“The general thinking - incorrectly - was that as you get older, the systolic naturally goes up” to supply the brain with blood, said Dr. William C. Cushman, the chief of preventive medicine at the VA Medical Center in Memphis, Tennessee.

It was only in 1991 that the first study on systolic pressure was published. It and subsequent research concluded that the treatment goal should be a level below 150 in order to prevent heart attacks, heart failure and strokes. Almost no studies examined the outcomes at lower goals.
So doctors and guideline makers have a conundrum, Cushman said. “The epidemiology is consistent that having a systolic pressure of 120 or even below 120 is associated with reduced cardiovascular mortality. But that doesn’t necessarily mean that treating with medications to reach that level will give you that benefit.” The concern is that drugs always have more effects than the one they are being used for. So a blood pressure lowered with drugs is not necessarily the same as one that is naturally lower.

Guidelines from experts are all over the map. A panel appointed by the National Heart, Lung and Blood Institute suggests a systolic pressure below 150 for those older than 60. The American Heart Association and other groups say it should be under 140.

European guidelines call for a systolic pressure less than 150 except for older adults, but they also take into account a person’s risk of heart disease when deciding how low that number should go. And epidemiological studies that follow large groups of people over time have found that people whose systolic pressure is naturally 120 or lower have the lowest risk of heart attacks and strokes.

The guidelines from the Heart, Lung and Blood Institute panel constituted one of the most ambitious efforts to build a consensus for blood pressure levels. The mission was to use data from rigorous studies rather than expert opinion, the older standard.

Previous guidelines by a similar committee convened by the National Institutes of Health had set a goal of systolic pressure below 140. The new guideline called for a pressure below 150 for people age 60 and older. “That is where the benefit was seen,” in clinical trials, said Dr. Suzanne Oparil, director of the vascular biology and hypertension program at the University of Alabama in Birmingham and chairwoman of that committee.

But when the committee’s report was published in December 2013, it immediately came under fire and five out of the 12 committee members published their own report, advocating blood pressure below 140.

“A minority group on the guidelines panel felt it was insane to raise the target to 150 in the segment of the population at highest risk from hypertension,” said Dr. Jackson T. Wright, Jr. of Case Western Reserve University, who was among the dissenters.

That sort of inconsistency leaves many physicians in a quandary. Lorenzen’s doctor at the Boston VA, Dr. J. Michael Gaziano, a Harvard professor of medicine, considers a patient’s overall risk and is an evangelist for losing weight and exercising to boost the effects of blood pressure drugs. He lives that way himself, following a Mediterranean diet low on meat and engaging in running and cross-country skiing.

“You’re the thinnest person I know,” Lorenzen told Gaziano on the recent visit.

Lorenzen, who has had two heart attacks, is still heavy, but he is one of Gaziano’s star pupils. He has lost 60 pounds and exercises most days. When his pressure used to be 200 and above, he said he felt glum and his head hurt “like a wicked sunburn.” Although high blood pressure is often called the silent killer, when pressures go very high, people may feel effects from increased pressure in the brain, Gaziano said.

“Your blood pressure is headed in a good direction, better than I would have expected,” Gaziano told him. “The medicine alone wouldn’t do it. I have a feeling your exercise and weight reduction have played a significant role.”

“I get an A,” Lorenzen said proudly.

Hospitals and medical practices evaluate doctors by how well patients’ pressures adhere to guidelines and often penalize them financially when patients are not adherent, so Gaziano would get very high marks for Lorenzen with a blood pressure level of 124. The VA wanted systolic pressure below 140.

But Gaziano said the grading system that targets a single value as a measure of success is flawed. “If a patient starts with a pressure of 180 and gets it down to 145, I get a bad mark. I did not succeed. But if a patient goes from 140 to 139, I succeeded.”

Another patient at the clinic that day, Joseph Moscillo, 65, of Medford, Massachusetts, had had a heart attack, but he had reduced his pressure to 150 from 200. He would not have been seen as a success story. But Gaziano said he believed that rather than adding more drugs to lower his pressure, it was more important for Moscillo to trim down from 225 pounds.

“We can keep piling on meds, but it is a losing game if you don’t exercise and control your weight,” Gaziano told Moscillo.

The results of the SPRINT study may affect doctors’ daily decisions. If it finds that a pressure of below 120 is better than below 140, then the plans for Lorenzen and Moscillo would probably change.

“If SPRINT shows that below 120 is clearly better, that will change the whole landscape,” Cushman said.

Listen to the latest songs, only on JioSaavn.com
But if the study finds that below 120 is no better than below 140, “we are left where we are now,” he added.

A third possibility is that a pressure of below 120 is actually harmful.
Few expect that but, Cushman cautioned, “You never know what you will find in a study until you open the envelope.”