Cinderella Weight Challenge: Why You Must Be Wary Of This Weight Loss Diet Trend That's Taking Twitter By Storm

Participants of the Cinderella Weight Challenge follow a formula to calculate their 'Cinderella weight' and then follow a diet that allows them to reach the goal and look like the petite Disney character. 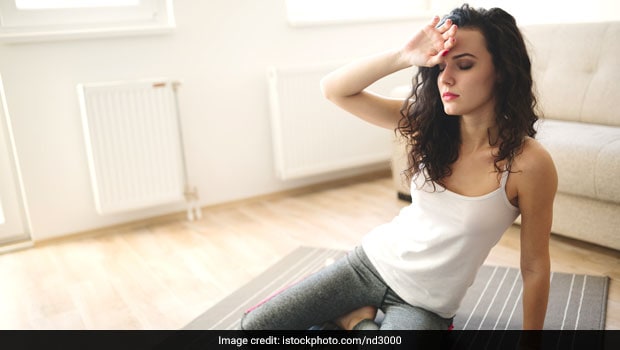 Highlights
Eating healthy and aiming for weight loss is one thing and eating nothing and losing weight is another. But it seems that nowadays, the lines are blurring pretty fast, with some dangerous weight loss diets and impossible weight goal challenges creeping up on the interwebs. One such diet that is making news all over the world, thanks to some ignorant residents of the Twitterverse, is the Cinderella Weight Challenge. Yes, it's exactly as horrid as it sounds. Participants of the challenge have to follow a formula to calculate their 'Cinderella weight' and then follow a diet that allows them to reach the goal and look like the petite Disney character.

Obviously since the character is a female, women are mostly falling prey to this scary 'challenge' and it has sent alarm bells ringing in several countries. The formula by which a person's Cinderella weight is calculated, is as follows: Convert your height into meters and then multiply it with the same number; multiply the resultant number with 18 and then what you get is your final 'Cinderella weight'. So the Cinderella weight of someone who is 5 feet 3 inches tall, for example, should weigh just 49 Kgs! Sounds unbelievably dangerous doesn't it? Also Read: Sleeping Beauty Diet: The Bizarre Diet Fad People Are Embracing to Lose Weight

The diet trend reportedly started in Japan and has been spreading through Twitter. People are sharing their current weight and 'Cinderella' weight with their followers on the micro-blogging site. But there are obviously some people who are calling the trend out and urging people to not aspire to such unhealthy body goals.

The comments that say they weigh even less than cinderella diet weight chart, they r naturally skinny people that doesnt gain weight whatever they do. But for people that naturally is a little bigger, those weight chart is outrangeous.

It’s bad because the weight that is the “Cinderella weight” is WAYYY lower than what is considered healthy for a normal human being. If this becomes a societal expectation of beauty, girls could be getting sick or dying because of it.

A lot many health and nutrition websites have also pointed out the dangers of starvation for weight loss. What should deter people from following this outrageous diet is the fact that even actor Lily James, who played the role of Cinderella in the motion picture, weighs more than her 'Cinderella weight'. There are a lot of diets out there and for those wanting to lose weight, choosing which one to follow and which one to dismiss as a mere fad can be very confusing. Also Read: Low Fat Food: What to Eat and What to Avoid for Weight Loss

However, it's imperative to remember that your body goals must always be realistic and you must always consult a qualified diet expert before following any kind of diet regime. But more importantly, you must learn to look at your body in a healthier way and try and love it, as it is. That's the only way you will be able to approach fitness and work on your goals in a positive way.