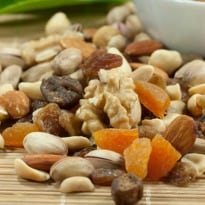 Resveratrol, a bio-compound found in some fruits, nuts and red wine, is likely to boost exercise training and performance, says a new research.

Principal investigator Jason Dyck from the University of Alberta and his team found that high doses of resveratrol improved physical performance, heart function and muscle strength in lab models.

Promoted
Listen to the latest songs, only on JioSaavn.com
"We were excited when we saw that resveratrol showed results similar to what you would see from extensive endurance exercise training," says Dyck, researcher in paediatrics and pharmacology. "We immediately saw the potential for this and thought that we identified 'improved exercise performance in a pill'," the Journal of Physiology reports. Dyck and team will soon start starting testing resveratrol on diabetics with heart failure to see if the natural compound can improve heart function for this patient group. The 10-week study is expected to start within the next few months, according to an Alberta statement.

Comments "I think resveratrol could help patient populations who want to exercise but are physically incapable. Resveratrol could mimic exercise for them or improve the benefits of the modest amount of exercise that they can do," says Dyck. "It is very satisfying to progress from basic research in a lab to testing in people, in a short period of time."