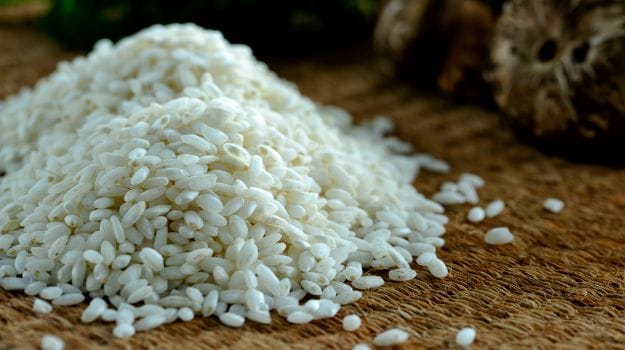 Rice will no more be a 'villain' for diabetic patients as researchers in Chhattisgarh have identified a high-yielding variety of white rice with low Glycemic Index (GI) - measurement of how foods affect blood sugar levels. The finding is not only advantageous for people with diabetes, or at a risk of the disease, it can also be a part of a healthy diet for the average consumers, experts feel.

A team of researchers from Indira Gandhi Agriculture University (IGAU) Raipur, led by Department of Plant Molecular and Biotechnology's Professor Dr Girish Chandel, has identified the variety of low GI rice, which is expected to be released next month at a commercial level.

"Since past few years we have been working to develop or identify a rice variety with low GI that could be fruitful for sugar patients. Interestingly, we found it on the 'Chapati Gurmatiya' race of rice, which is a traditional cultivated variety of paddy in Chhattisgarh," Dr Chandel.

He said that this new development is significant as rice is a staple diet for a big population. People can't give it up in Chhattisgarh, which is popularly known as a 'rice bowl', as well as in the entire country because food habits are an entrenched cultural habit which is difficult to change, he said. But consumption of white rice with GI more than permissible limits can be harmful for diabetic patients. Keeping this in view, the research was taken up, he said.

"During the research, data was collected by mouse feeding trial at Chhattisgarh Council of Science and Technology. The mouse model data clearly demonstrated that the effect of low GI rice on a diabetic mouse was similar to that on another diabetic mouse who was injected with sugar control drug," he said.

"The identified variety of rice has GI score of 55, which is considered as diabetic-friendly. Therefore, we are planning to name it as 'Madhuraj-55' for commercial sale," Dr Chandel said.

This rice breaks down more slowly into glucose after consumption, therefore ensuring that sugar is more slowly released in the blood, rather than all at once, he said.

"For a nation like India which has more than 65 million diabetic patients, the discovery of low GI rice would prove to be great tool to fight the epidemic," he expressed.

Earlier also, the 'Chapati Gurmatiya' variety of rice had a consumption pattern in the state and was cultivated in large area, but it was mainly produced for the lower income groups and labourers of big farmers and landlords. The newly identified line of this race is high yielding and has low GI with no change in its taste and palatability, Dr Chandel said.

The university has planned to release the seeds of this new variety of rice in January 2016 and then distribute it to farmers for sowing in next kharif crop season.

"Its seeds will be released by State Varietal Release Committee - the body meant for official release of new variety of seeds - next month and its production is likely to begin from next Kharif season," IGAU Vice Chancellor Dr S K Patil said.

Along with the farming of the low GI paddy, the university is also looking for potential partners for its branding and marketing in the market, Dr Patil said.