Does Eating Too Much Sugar Cause Diabetes? 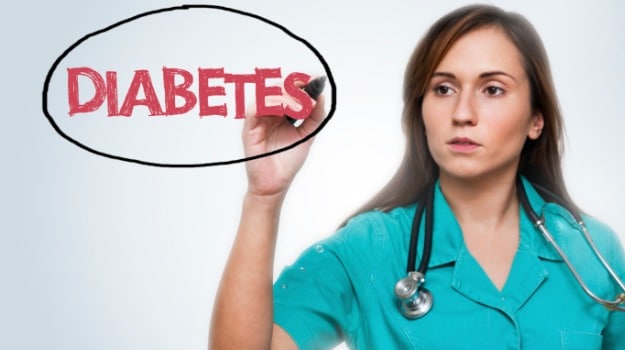 Diabetes is a group of metabolic diseases characterized by high blood sugar either because of the inability of the body to produce enough insulin or the inability to respond to the insulin so produced. It is classified as follows: Type 1, Type 2 and Gestational Diabetes Mellitus.

Glucose is the primary energy source in humans and its levels are majorly regulated by pancreatic insulin. Insulin facilitates the breakdown of glucose and its entry into respiring cells and tissues.

In Type 2 diabetes, cells fail to use insulin properly (insulin resistance) which may be combined with an absolute insulin deficiency. Type 1 is observed more frequently in children and adolescents while Type 2, which account for more than 90% of the diabetes cases worldwide, is commonly detected in adults.

Gestational Diabetes Mellitus currently occurs in 5% of the pregnancies and its prevalence is expected to rise along with the incidence of worldwide obesity. Pregnancies suffering from Gestational Diabetes Mellitus are at a greater risk of other complications like pre-eclampsia, metabolic syndrome, cardiovascular disorders, Type 2 diabetes and gestational hypertension. Offspring of these women are also predisposed to conditions like obesity, Type 2 diabetes and the metabolic syndrome.

Both insulin secretion and insulin action are impaired in diabetes. Because of the defect in insulin production or inaction, levels of glucose in the blood rises steadily leading to a condition called hyperglycemia. Persistent hyperglycemia is known to increase production of free radicals especially reactive oxygen species (ROS) from glucose auto-oxidation and protein glycosylation.

The countries with the largest number of diabetic people have been predicted to be India, China and USA by 2030. It is estimated that every fifth person with diabetes will be an Indian.

It is advised that diabetics should avoid sugar in any form. It may be recommended to replace rice consumption with ragi, wheat & millets. Raw vegetables & herbs play an important part in stimulating the pancreas and enhancing insulin production. An active lifestyle pattern is also mandatory to control and manage ideal blood sugar levels. One should avoid sleeping during daytime, avoid smoking, take adequate eye care and exercise regularly.

Sugar alone isn't necessarily enough to cause the disease on its own. The sugars in food are known as simple carbohydrates and they are natural components of many fresh foods, such as lactose in milk and the fructose in fruits. A healthy, well- balanced diet will always have these sugars in it.

One particular type of sugar that has attracted lot of negative attention is high- fructose corn syrup (HFSC). Because it's relatively cheap ingredient, it's become the most commonly used sweetener in processed foods. Like table sugar, HFCS cause blood- sugar spikes and contributes to weight gain.

Diabetes is probably best understood by those afflicted with the condition. Ingesting sweets as part of our regular diet does not cause diabetes. This myth was born when it was noticed that untreated diabetics tend to be attracted to sweets. Diabetes is characterized by "starvation in the midst of plenty". Diabetics suffer a metabolic disorder in which body cells are unable to properly absorb the sugar molecules essential for life giving energy. When cells are starved of sugar, they send messages to increase production and uptake.

Great quantities of sugar may build up in the blood, but very little of it is able to get into the cell where it is required. Insulin is a precious hormone that is manufactured in the pancreas and is essential to transport sugar out of the blood and into the cell. By definition, diabetics suffer defects in either insulin secretion or its mode of action. Left unchecked, this condition can cause deterioration of kidneys, corneas, blood vessels and nerves. This results in heart attacks, strokes, the need to undergo regular dialysis treatment, or possibly the need for transplants.

It is an established fact that consumption of sugar in one form or the other is a definite health hazard that we normally associate with the diabetics. It is a myth that safer forms of sugar such as fructose may be abundantly used by diabetics. However, with increasing evidence, it is obvious that the use of sugars such as fructose, cause health hazards in normal adults and children leading to obesity, high cholesterol and liver toxicity.

Culturally, Indian food habits comprise large amounts of carbohydrate consumption. There is thus a natural tendency for increase in blood sugar levels due to the breakdown of starch.

A healthy and active lifestyle while avoiding the consumption of processed and semi-processed foods and beverages is the ideal beginning to control diabetes. Natural sweeteners that are safe to consume and add flavour and taste to foods are an ideal option to eat healthy and stay fit!