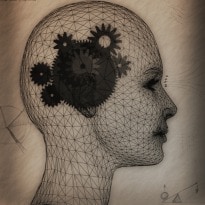 Schizophrenia is widely known as a psychiatric disorder wherein a person experiences auditory hallucinations, disorganized speech, withdrawn social engagement and irregularities in behavior. Various studies have speculated that the genetic makeup of a person is mainly responsible for making him susceptible to schizophrenia. Though not much light has been shed on the causes of this psychiatric disorder, a latest research can help in improving diagnosis and treatment of schizophrenia globally.

A study conducted by the Washington University helps in understanding the mechanism of gene clusters within the brain when a person suffers from schizophrenia. The research was published in The American Journal of Psychiatry and states that schizophrenia is a combination of eight separate gene disorders, each with its own set of symptoms.

C. Robert Cloninger, one of the senior researchers of the study, says that these genes are like a part of an orchestra. None can work on its own, they all work together to achieve what schizophrenia happens to be.

"We have identified the way genes interact with each other, how the 'gene orchestra' is either harmonious and leads to health or disorganized in ways that lead to distinct classes of schizophrenia," explained Cloninger.

The experts carried out experiments on 4,000 people with schizophrenia in order to analyze genetic influences on them. Cloninger and his team matched precise DNA variations in people with and without schizophrenia to symptoms in individual patients.

The team studied almost 700,000 sites within the genome where a single unit of DNA is changed - often referred to as a single nucleotide polymorphism (SNP). Following the same approach, the researchers studied SNPs in around 4,200 people who suffered from schizophrenia and another 3,800 people who were absolutely healthy. The analysis facilitated the experts in understanding the role of individual genetic dissimilarities that worked in tandem to trigger the illness.

Promoted
Listen to the latest songs, only on JioSaavn.com
Researchers finally identified 42 clusters of genetic variations that dramatically increased the risk of schizophrenia. The study therefore concluded that those who had varying gene clusters were 70-100 percent more likely to develop the schizophrenia.

"It may be possible to use the same approach to better understand how genes work together to cause other common but complex disorders," Cloninger concluded.