Fathers' Smoking May Up Asthma-Risk In Kids 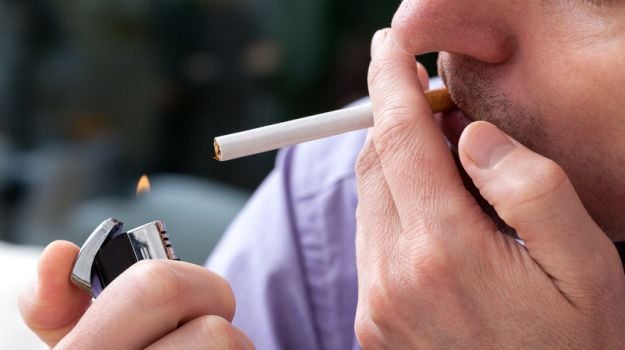 Highlights
Men who indulge in smoking since their adolescence may put their future children at more than three times higher risk of an early-onset of asthma, a finding suggests.

In the study, the researchers included more than 24,000 children and showed that both a father's early smoking debut and a father's longer smoking duration before conception increased non-allergic early-onset asthma in kids.

"The greatest increased risk for their children having asthma was found for fathers having their smoking debut before age 15. Interestingly, time of quitting before conception was not independently associated with offspring asthma," said Cecilie Svanes, Professor at the University of Bergen, Norway.

However, no effect of maternal smoking only prior to conception was identified. The difference from father's smoking suggests effects through male sperm cells."Smoking is known to cause genetic and epigenetic damage to spermatozoa, which are transmissible to offspring and have the potential to induce developmental abnormalities," Svanes added.

It is previously known that nutritional, hormonal and psychological environment provided by the mother permanently alters organ structure, cellular response and gene expression in her offspring. Father's lifestyle and age appear, however, to be reflected in molecules that control gene function.

Svanes and her team also investigated whether parental exposure to welding influenced asthma risk in offspring, with a particular focus on exposures in fathers prior to conception.

"For smoking and welding starting after puberty, exposure duration appeared to be the most important determinant for the asthma risk in offspring," the author added.