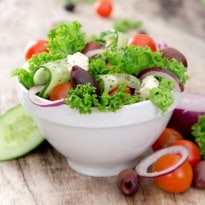 In a ground-breaking research, scientists have discovered the mechanism how fibres found in sweet fruits and in vegetables such as cabbage or beans protect the body from obesity and diabetes. The study highlights the role of the intestinal flora which, by fermenting dietary fibre, provides the intestine with precursors to produce glucose.

The positive effects of fermentable fibres found in such fruits and vegetables on the organism are triggered by the production of glucose by the intestine from fatty acids known as propionate and butyrate, said a joint study by researchers from France and Sweden.

"The findings revealed that our intestine is, in fact, capable of synthesising sugar and releasing it into the blood stream between meals and at night," said Gilles Mithieux, INSERM (French National Institute of Health and Medical Research) researcher at Université Claude Bernard Lyon 1, France.

They then observed a strong induction of the expression of genes and enzymes responsible for the synthesis of glucose in the intestine.

They showed that the intestine of these animals used propionate as precursor to increase the production of glucose.

"These findings should make it possible to propose nutritional guidelines and to highlight new therapeutic targets for preventing or treating diabetes and obesity," said Mithieux.

Compounds in non-stick cookware could lead to diabetes

Promoted
Listen to the latest songs, only on JioSaavn.com
Check diabetes with a nutrition therapy

Drinking coffee may ward off diabetes